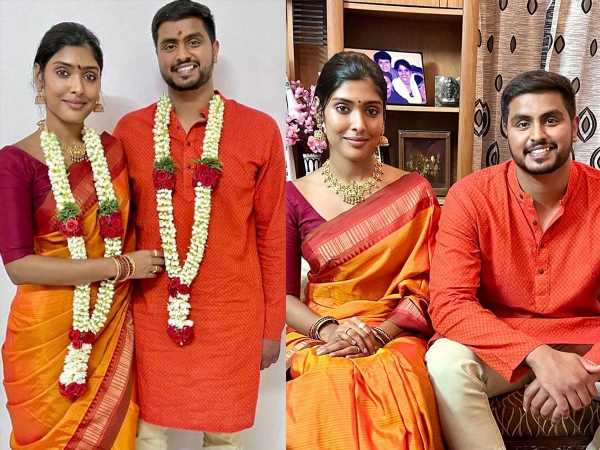 Gayathri Reddy  came up with an interesting caption: “Hand in hand, you and me till the end 29-04-2022” along with the hashtags “#engaged #mrstobe #newchapterbegins”. As of now, there are not many details on Gayathi’ fiancé .

She made her debut in the film industry with the movie Bigil which was released in 2019. She started her career as a model and  later entered  into the industry. She essayed  an important role in the film as one of the 11 players of the female football team and Gayathi  shared the screen space with Lady Superstar Nayanthara and Vijay. She has also played  a cameo in the movie Life which Kavin and Amritha Aiyer in the lead roles.   Earlier during an interview Gayathri said director Vineeth Varaprasad was an amazing person to work with.  The model turned actress also went on to say that actor Kavin has a huge heart.