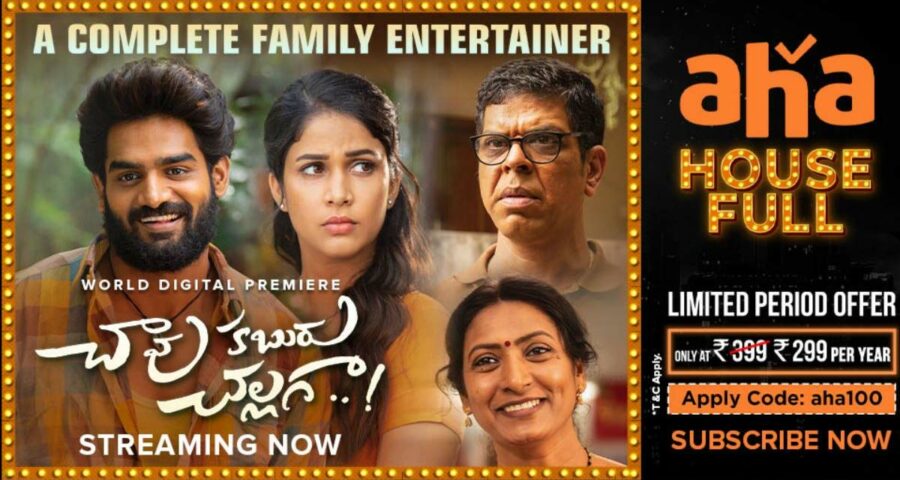 The Young actor Kartikeya and  Lavanya Tripathi starrer action and romantic movie Chaavu Kaburu Challaga which was released on 19th March 2021, and received mixed response by the movie lovers and the critics on its released day and turned out an average movie at the box office. Now according  to the latest report, the movie Chaavu Kaburu Challaga is streaming on Allu Aravind’ Aha platform.

Directed by debutante Koushik Pegellapati, this movie was backed by Geetha Arts. As it was released on 19th May,  and now after one month of its release, the film now premiered on Aha.    Apart from the lead pair, the movie  also has Srikanth Iyyengar, Aamani,   Murali Sharma, Rajitha, Achanta Mahesh, Bhadram and Prabhu in the crucial roles.

If you have missed  Kartikeya and Lavanya Tripathi starrer Chaavu Kaburu Challaga in theatres, you can give this film a try on Aha platform.