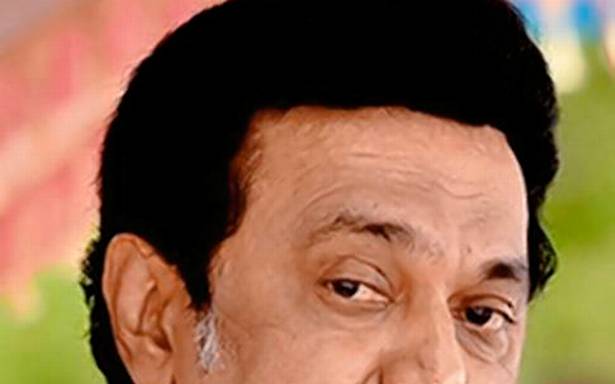 “The Union government arbitrarily enacting a law for a Department under the State government even without consulting any of the States is against federal principles,” he said

While moving a special resolution in the House against the three far laws, Tamil Nadu Chief Minister M.K. Stalin on Saturday contended that the Union government’s “arbitrarily” enacting them without consulting the States was against federal principles.

“The Union government arbitrarily enacting a law for a Department under the State government even without consulting any of the States is against federal principles. Hence, these laws had to be rejected,” Mr. Stalin said.

The Centre’s action affected the rights of the States and these rights were being snatched. “The principle of federalism is being questioned. The greatness of democratic institutions is demolished. Hence, these three laws had to be rejected,” Mr. Stalin said.

The BJP government in the Centre has created this critical situation, [for the TN Assembly] to pass a resolution against the three farm laws in the House that usually passed pro-people legislations, the Chief Minister said. Referring to the protests by farmers since last year, Mr. Stalin said it could be said that no other protests since Independence had such reach and had lasted that long. “In this situation, it is our duty to oppose the three farm laws.”

With an “intention to destroy” regulated markets in the country where farmers could market their produce, the Union government had brought about these legislations, he said. He also pointed out that these farm laws had not even mentioned the Minimum Support Price (MSP) which farmers have been demanding for long.

These laws could affect the regulated markets which are under the control of the State government, he pointed out and added that neutral observers said these laws favoured only private players in the sector.