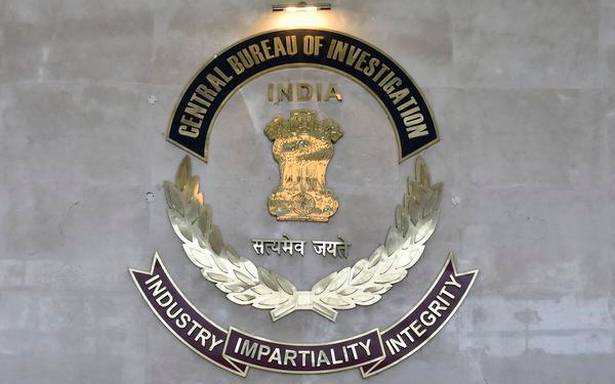 The agency sought the details of such cases from the DGP in line with a Calcutta High Court Thursday order directing the CBI to take over cases related to post-poll violence against women.

The Central Bureau of Investigation (CBI) has written to the West Bengal Director General of Police (DGP) to provide details of all cases of murder, attempt to murder and rape reported during post-poll violence in the state, officials said on August 20.

The agency sought the details of such cases from the DGP in line with a Calcutta High Court Thursday order that directed the CBI to take over cases related to murder, rape and atrocities against women during the violence.

The CBI has set up four teams, each headed by joint directors Ramnish, Anurag, Vineet Vinayak and Sampat Meena, to probe the political violence which ensued after the victory of the Trinamool Congress (TMC) on May 2 in a bitterly fought eight-phase assembly poll in West Bengal.

Each team will have about seven members, including a deputy inspector general and about four superintendents of police, called from across the country, the officials said.

The overall probe will be supervised by Additional Director Ajay Bhatnagar.

A five-judge bench, passing a unanimous judgment on a batch of PILs seeking an independent probe into incidents of alleged violence after the polls which the ruling TMC won by an overwhelming majority, also ordered constitution of a special investigation team (SIT) to probe all other cases.

The SIT will include Suman Bala Sahoo, Soumen Mitra and Ranveer Kumar, all IPS officers of the West Bengal cadre.

The bench will monitor the investigations by both the CBI and the SIT, and it has asked them to submit status reports to the court within six weeks.

It said that the working of the SIT will be overseen by a retired judge of the Supreme Court for which a separate order will be passed after obtaining his/her consent.

In its ruling, the bench said heinous crimes such as murder and rape "deserve to be investigated by an independent agency which in the circumstances can only be CBI." The bench said the state failed to register FIRs even in some cases of alleged murder.

"Rather the violence which erupted after polls and declaration of results was state-wide. Number of persons had died. The women were raped. The house of certain persons who had not supported the party in power were demolished. Their other properties were damaged. Their belongings were looted including the chattels," the court observed in its order.

The bench said there are allegations that the complainants are being threatened to withdraw the cases and a number of cases of murder being claimed as natural death without recording FIRs and conducting investigation according to the procedure established by law.

Noting that the West Bengal Police has not properly responded to allegations of inaction and tried to downplay them, the bench said, "It certainly needs investigation by an independent agency." It said three months have lapsed since the matter was taken up by the court, but "no concrete action has been taken by the State, which could inspire confidence except filing affidavits and placing on record thousands of papers." The bench ordered the West Bengal government to pay compensation to the victims of crimes in accordance with the policy of the State, after due verification. The compensation amount will be directly transferred to their bank accounts.

The National Human Rights Commission committee had on July 13 submitted its final report to the court.