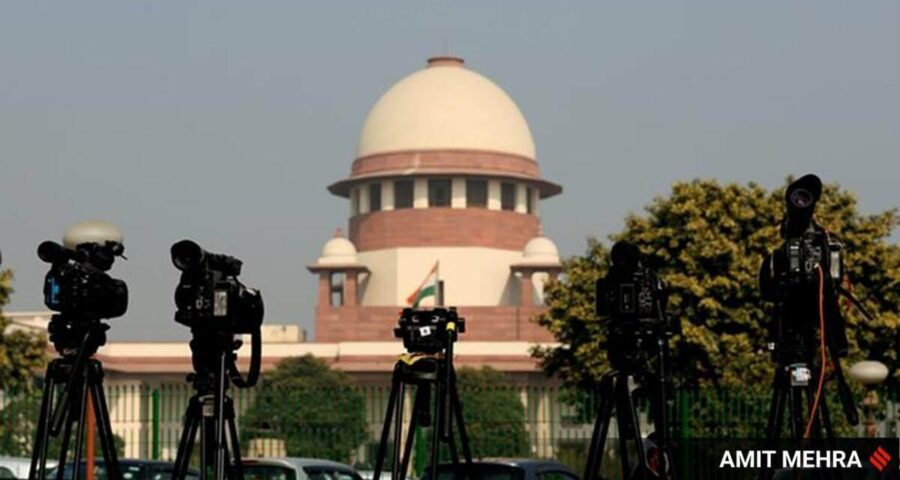 The telecom companies, including Vodafone Idea and Bharti Airtel, had submitted before the apex court that arithmetical errors in the calculation be rectified and there are cases of duplication of entries. The Supreme Court on Friday dismissed the applications filed by telecom majors, including Vodafone Idea and Bharti Airtel, against alleged errors in calculation in the figure of Adjusted Gross Revenue (AGR) related dues payable by them.

Pronouncing the order, a bench headed by Justice L Nageswara Rao said, “All the miscellaneous applications are dismissed.”

The Supreme Court, on Monday, had reserved its order in the AGR case wherein Vodafone Idea, Bharti Airtel and Tata Telecommunications sought rectification of errors by the Department of Telecommunications (DoT) in the calculation of the dues. Last September, the apex court had reaffirmed the dues payable by these telecom companies to the DoT.

Here is a timeline of the case:

2005: Cellular Operators Association of India move the Telecom Disputes Settlement and Appellate Tribunal (TDSAT) challenging the definition of AGR. While the DoT said that AGR includes all revenues (prior discounts) from both telecom and non-telecom services, the companies argued that AGR should only comprise the revenue from core telecom services.

2015: The TDSAT rules that AGR includes all revenues except capital receipts and revenue from non-telecom sources such as rent, dividend, interest, profit on the sale of fixed assets and miscellaneous income.

October 2019: SC upholds the DoT’s definition of AGR and said since the licensee had agreed to the migration packages, they were liable to pay the dues, the penalty on dues, and the interest on penalty due to delay in payments. The top court had then given the telcos three months to clear their AGR dues.

November 2019: Telecom companies seek a review of the Supreme Court’s previous ruling on the matter.

January 2020: Telecom companies miss the deadline for the payment of their AGR dues.

July 2020: Supreme Court announces that there can be no adjustment of dues and that the AGR calculation is final, confirming DoT demands of 1.56 lakh crore.

September 2020: The Supreme Court announces that the telecom companies would have to pay the AGR dues within 10 years.

January 2021: Bharti Airtel moves an application before the Supreme Court seeking a modification of the AGR dues. The application seeks correction of the arithmetic ‘errors’ in the calculation of the dues.

July 23, 2021: The Supreme Court dismisses the applications filed by telecom majors, including Vodafone Idea and Bharti Airtel, against alleged errors in calculation in the figure of Adjusted Gross Revenue related dues payable by them.