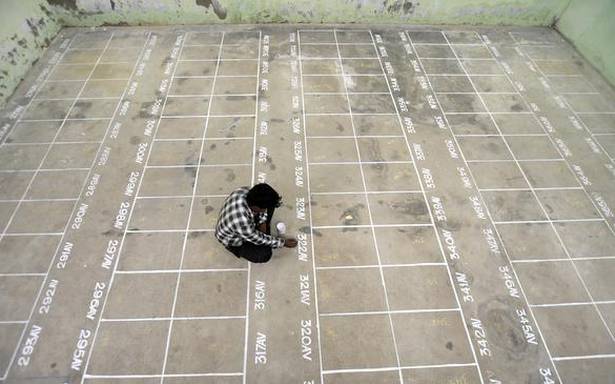 After the withdrawal of nominations came to a close, the poll officials announced late on Monday night that 815 candidates were in fray contesting from 100 wards for the February 19 polls.

The data released by the officials on Tuesday showed that out of the 1,122 nominations received in all the four zones in Madurai Corporation, 282 had withdrawn and 25 papers were rejected for different reasons during the scrutiny.

Interestingly, the highest number of candidates in the fray was 13 from Ward 88 and the smallest number of 4 contestants were there in Ward 46. In the rest of the wards, the number of candidates revolved anywhere between five and 12. Apart from major political parties, including the DMK, AIADMK, Congress, BJP, Independents were also trying their luck to become councillors.

Accompanied by Election Observer Kamal Kishore, they inspected the counting centres where the installation of barricades was under way. The Observer checked the provision for CCTV cameras among other security aspects, officials said.