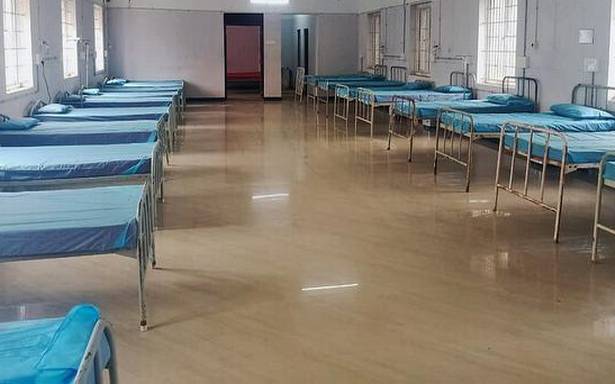 With this, the State has a total of 34 confirmed cases of the variant.

Samples of 33 persons, which included international travellers and their contacts, have tested positive for Omicron variant of SARS-CoV-2 in Tamil Nadu. With this, the State has a total of 34 confirmed cases of Omicron variant, Health Minister Ma. Subramanian said on Thursday, December 23, 2021.

Earlier, whole genome sequencing confirmed that the sample of a person who had travelled from Nigeria to Chennai via Doha was that of Omicron variant. All 34 persons were already in hospital isolation and were being monitored, he told reporters.

“Of this, the State Public Health Laboratory identified S-gene dropout in 57 samples. All samples were sent to INSACOG laboratories for confirmation,” he said.

The Minister said that the National Institute of Virology, Pune had sent the results on Wednesday night. “With one person already found to be infected with Omicron variant, the samples of 33 persons were confirmed to be of Omicron variant,” he said.

The results of 23 samples were awaited, he said. Except for two children, all remaining patients were vaccinated, the Minister said.

As of date, 79 persons were admitted to government hospitals, 12 in private hospitals, while 23 were discharged.

All 34 persons, who tested positive for the Omicron variant, were already brought under a four-tier safety circle, he said. All district Collectors were told to tighten surveillance including on super-spreading areas, he said.