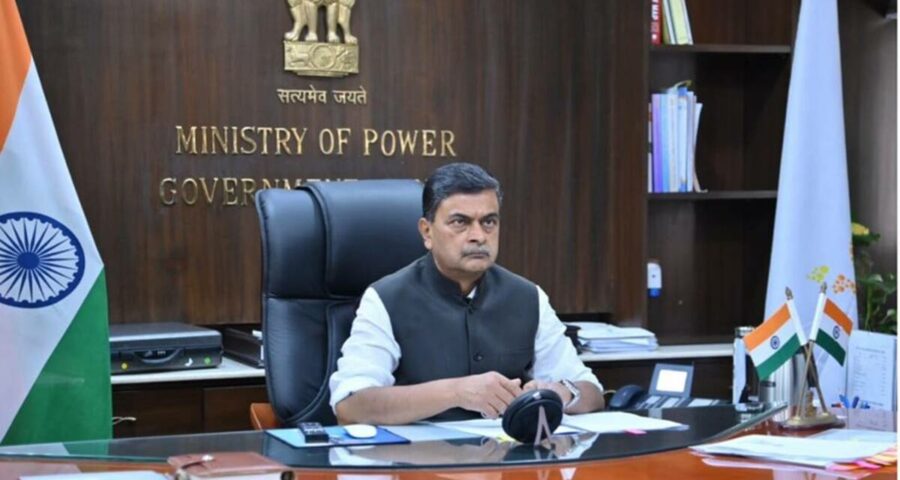 Following a meeting with power discoms, RK Singh stated, "We have an average coal reserve (at power stations) that can last for more than four days. The stock is replenished every day." Following a meeting with officials of the Power Ministry and power discoms BSES and Tata Power, Union Power Minister R K Singh Sunday stated that there was no “crisis” regarding power supply in Delhi,

This came a day after Delhi Power Minister Satyendar Jain warned that the national capital could face a blackout in the next two days and equated the coal shortage to oxygen being in short supply during the second Covid wave.

As power demand recovered faster than expected, the country’s thermal power plants are struggling with critically low supplies of coal. As many as 104 thermal plants, with capacity of 126.8 GW of the total 135 thermal power plants in the country, are currently classified as having “critical” or “super critical” levels of coals stock for up to a week. A total of 72 plants with a capacity 89.5 GW have coal stocks of three days or less against the government’s guidelines of stocks for 14 days.

However, speaking to reporters following his meeting Sunday, Singh stated, “We have an average coal reserve (at power stations) that can last for more than four days. The stock is replenished every day,” adding that he was in touch with Union Minister of Coal and Mines, Pralhad Joshi.

“Delhi is being supplied the required amount of electricity and it will continue,” Singh said.

Singh also said that he had asked GAIL’s Chairman and Managing Director, who was also present at the meeting, to continue supplying the required amount of gas to power stations across the country.

“The panic ensued after GAIL informed Bawana gas power plant that it will stop supplying gas after two days because their contract was about to expire. I’ve asked GAIL CMD, who participated in today’s meeting, to continue required supplies. He has assured me that the supplies will continue. Neither there was any shortage of gas in the past, nor will it happen in the future,” Singh said.

“In effect, neither there was, nor there is any crisis. It was created unnecessarily. I’ve warned Tata Power’s CEO of action if they send baseless SMSes to customers that can create panic. Messages by GAIL and Tata Power qualify as acts of irresponsible behaviour,” he added.

Tata Power Distribution Ltd (TPDDL) – which supplies electricity to parts of the national capital – on Saturday warned of intermittent rotational power cuts as units supplying electricity to Delhi discoms have coal stocks to meet generation requirements for 1-2 days, its CEO Ganesh Srinivasan was quoted as saying by PTI.

Speaking to The Indian Express, earlier, RK Singh had said that while the supply crunch has not yet led to any power cuts in the country, the coal supply situation is likely to be “uncomfortable” for up to six months.

“I don’t know whether I will be comfortable in the next five-six, four-five months… Normally the demand starts coming down in the second half of October… when it (the weather) starts cooling… But it’s going to be touch and go,” Singh said.

Apart from the surge in demand and the supply shortage post-monsoon, the coal crisis has been spurred by the deficient stock build-up in April-June 2021, and the sharp fall in imports due to high international prices of coal. Normally too, all-India electricity peak demand is recorded in October, which typically follows a monsoon-impacted mining output trough.