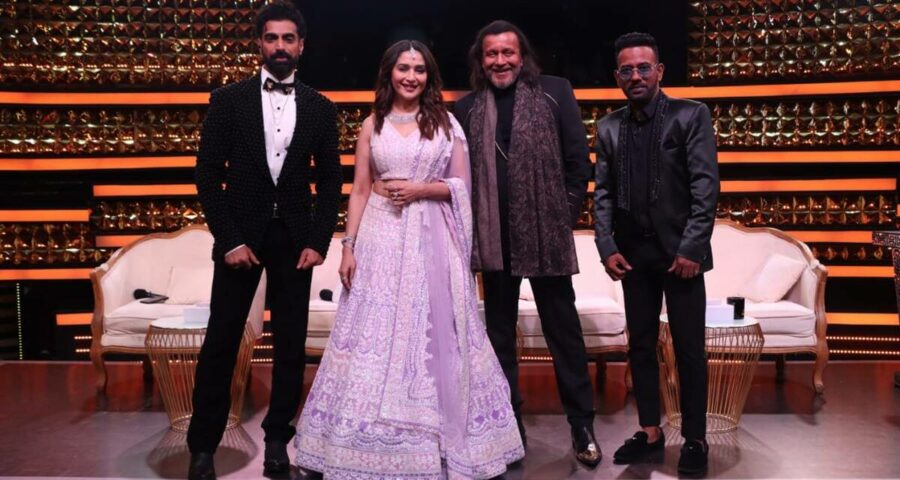 The much-awaited finale of Dance Deewane 3 is here. The two-day-long climax will culminate on October 10, with one contestant among the three generations taking home the coveted title. Judged by Madhuri Dixit, Tushar Kalia and Dharmesh Yelande, Dance Deewane 3 will also see Bappi Lahiri and Mithun Chakraborty joining the finale.

The latest season of the one-of-a-kind reality show was launched in February. The platform gives a chance to contestants from all age groups to participate together albeit in three generations — below 15, 16-35 and above 36 years. However, only one contestant with the most passion and deewanagi will take home the trophy. This season, the kids turned out to be quite a tough challenge as out of six finalists, four were from the first generation. Also, with the show getting an extension, the format was tweaked with a choreographer performing along with the contestants.

To add up more entertainment and dhamaka to the night, the “Dhak Dhak” girl Madhuri Dixit will also take the stage to show off her dancing skills. While performing on a medley of her hit numbers, the diva will also be joined by her two favourite contestants — Aman and Soochna. Similarly, Tushar Kalia will match steps alongside Somansh and Sohail, while Dharmesh will perform with his favourites Gunjan and Piyush.

While pop king Bappi Lahiri will be on the show on Saturday’s episode, yesteryear superstar Mithun Chakraborty will grace the show on Sunday, which is the finale night. Apart from cheering the finalists, the actor will be on Dance Deewane to promote his talent hunt show Hunarbaaz that’s set to launch on Colors soon. A few contestants from the upcoming show will also showcase their talent on the stage.

Dance Deewane had quite an eventful season three, with the biggest of the names gracing the show as special guests. Choreographer-filmmaker Remo Dsouza made his first public appearance on the dance show after recovering from a heart attack. It was also on this show that Bollywood actor Sanya Malhotra revealed that Dharmesh had rejected her in a dance reality show years back, while Jaaved Jafferi recalled his experience working with Madhuri Dixit in 100 days. Also, Sidharth Shukla’s last appearance was in Dance Deewane 3, where he was joined by good friend and rumoured partner Shehnaaz Gill. Apart from having fun with the contestants and judges, Sidharth and Shehnaaz aka Sidnaaz also performed on a romantic number on the stage.