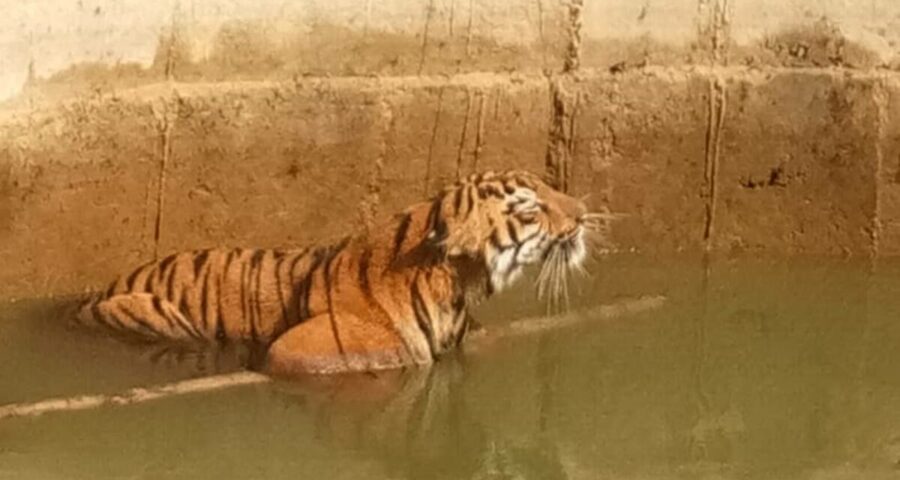 A team of Forest Department officials rescued a full-grown male tiger that had fallen into a well at a village in Chandrapur district around noon on Monday.

“The tiger fell into the well located at a farm in Shegaon area of Warora range around 7 am. After the villagers noticed it, the Forest Department was informed. The Rapid Response Team of Tadoba-Andheri Tiger Reserve reached the spot and lowered a cot (charpai) into the well. After some time, the tiger climbed up the well’s parapet wall using the cot and ran away into the forest,” N R Praveen, Chief Conservator of Forests, Chandrapur told The Indian Express.

Asked if the animal may have fallen into the well while chasing prey, Praveen said, “There are no tell-tale signs of any such possibility at the place. But it is difficult to imagine how it must have fallen into a well that has a parapet wall.” He added that “the tiger is an adult and wasn’t previously seen in the area.”

Praveen said the well was about 20-feet deep and had a water column of more than 10 feet. “The villagers had lowered some wooden poles inside which the tiger clung on to for support, thus preventing exhaustion,” he said.