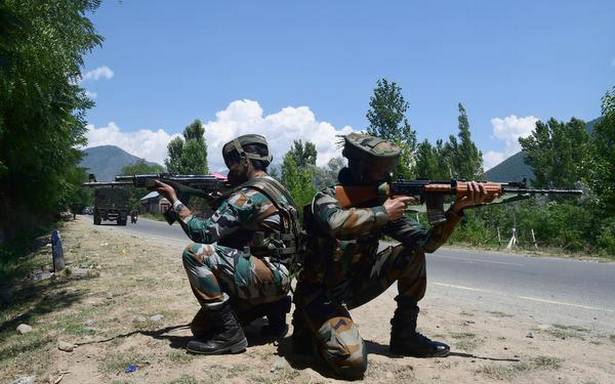 It will further cement bond between personnel and people of Kashmir, says GOC

The Army personnel posted in the Valley can pursue multiple courses from the University of Kashmir (UoK) now.

The Army’s 15 Chinar Corps and the University of Kashmir (UoK), Srinagar, on Monday signed a Memorandum of Understanding (MoU) that will pave way for the personnel to register with the varsity.

“It was a historic day for the UoK, Srinagar, and the Chinar Corps. We have established a long-term relationship for provision of distance education courses to soldiers presently serving in Kashmir,” an Army spokesman said.

The soldiers can seek admission for courses offered by the Directorate of Distance Education of the university.

“The type of courses being made available ranges from six-month certificate courses to one-year diploma and two-year post-graduate courses,” the Army spokesman said.

At present, 18 courses are available. “They will be increased in due course.”

“It will empower the soldiers of the Chinar Corps performing their duties in difficult terrain and challenging environment. The association of the Chinar Corps with the Kashmir university will also further cement the bond of Army with the people of Kashmir nurtured over the last 75 years,” the GOC said.