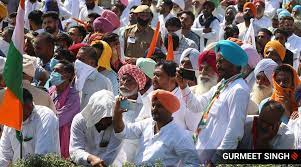 Simply put, Punjab the Sapta Sindhu and then the Punj-ab to now recently a land more reminiscent of the latest episode of game of thrones with mavericks, sycophants and jesters all in attendance. 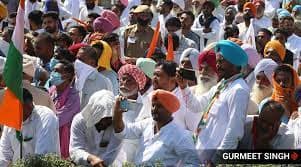 Simply put, Punjab the Sapta Sindhu and then the Punj-ab to now recently a land more reminiscent of the latest episode of game of thrones with mavericks, sycophants and jesters all in attendance. Yes, our Punjab was also about the flowing Ravi and the turbans and the historic glory of a land resplendent with milestones of victory, heritage and culture which had fought onslaughts and tried to survive with whatever it could retain over decades of massacre and divisions.

Shiv Dullar Singh Dhillon, IAS, currently appointed as an advisor to the Punjab Heritage and Tourism Promotion Board, is an officer who probably would have more knowledge than a historian and a tourism aficionado owing to his passion for this subject.

“It was at the ITB, Berlin that we bargained for an extra few minutes to pitch Amritsar as a tourist destination and a three-night-four-day tour in light of the fact that over 100,000 people visit the Golden Temple every day on average which makes it the most visited site in the world. Also, with Gobindgarh Fort, Attari border, the heritage street and now the Kartarpur corridor, Amritsar needs to be added to the quintessential Delhi-Agra-Jaipur itinerary. Resultantly, 150 tourist operators visited Amritsar where I was their guide for four days leaving them convinced with the idea. So much so that during most times finding a room in a decent accommodation is a challenge. Also, now we are trailing back to the pre-Covid numbers of 125,000 visitors a day,” he says.

With facts like these, it is indeed comforting to learn that tourism is not a political issue and government’s business is not to be in business. But the host community must be engaged cognitively and economically.

“Punjab in the past, say till about two decades ago, did not pursue ‘tourism’ as we see and understand today; even protection, conservation and management of cultural heritage was not an area of focus. This is because Punjab is seen to have very few monumental buildings. Most sites of archaeological significance such as sites of those of Indus Valley civilisation such as the Harappa and Mohenjo-Daro, and Taxila became part of Pakistan. The shift is thinking from scale to association was an important step in the recent years of which several of us were engaged. We began working with narratives of people associated with sites to draw the attention to heritage significance. I have personally been part of the conservation efforts and those of development of cultural tourism in Punjab in the last two decades. While steps have been taken more specifically to conserve material heritage in some of the known cities such as Amritsar, Patiala, Kapurthala, Sirhind, Fatehgarh Saheb, there is little understanding on how to integrate development as part of cultural tourism as understood globally as part of the sustainable development goals. One fundamental challenge is that the institutions for protection and conservation of heritage continue to be very weak. There are only two departments that undertake this, Department of Tourism and Department of Cultural Affairs, Archaeology and Museums. Practically, nothing has been done to envision an inclusive strategy for conservation of cultural heritage and development of tourism in a manner that it impacts quality of life of people, more specifically the host community,” says Gurmeet Rai, a conservation architect who has dedicated herself to restoring the cultural and heritage persona of not only Punjab but also India.

For a state which can now boast the most visited museum in Asia, the Virasat E Khalsa in Anandpur Sahib maybe we need to devote some time to discuss this with peers and others in drawing room discussions. After all, the Harike Pattan which is the largest wetland in India has now more birds than the Bharatpur sanctuary and this is a corridor that can be now envisioned as a religious heritage and nature spectrum with Kapurthala round the bend.

Also, heritage tourism is high on the cards with Qila Mubarak in Patiala now being leased as a heritage hospitality unit and a museum. The rural farm tourism policy has offered some of the best farm stays in India and these have been in mostly backward districts, says Dhillon.

The cultural character of Punjab was greatly impacted by the movement of people through it. This was because of the ancient routes such as the Uttarapath, which became the Imperial Mughal highway in the medieval times and later morphed into the famous Grand Trunk Road during the British period. This movement of people impacted architecture, city buildings, food, production, music, language and more specifically trade and belief systems (Sufi, Bhakti tradition).

Well, the music too could be an attractive agenda for tourism as besides the Har Vallabh Music Festival, we can’t talk of any significant avenues to boost or boast.

“One of the key cultural features which contributes/ can majorly contribute to building the brand of Punjab aligned with the tag line, ‘Punjab- India begins here’ is the Mughal highway (which connects the serai at Shambhu through Sirhind, Phillaur, Nur Mahal, Nakodar, Sultanpur Lodhi, Chabal, Raja Taal, Atari). This cultural route is included in the tentative list of Government of India for inclusion in the UNESCO list of world heritage sites. Government of Punjab must develop an integrated plan for development of this region, along the road for trade, livelihoods, and cultural heritage tourism ensuring that both cities and rural hinterland gets focus. This must be nominated to UNESCO at the earliest to take Punjab to enhance cultural tourism on the global map,” Gurmeet Rai says.

He adds: “In the year 2013-2015, cultural heritage policy was drafted by UNWTO as an output of an MoU that was signed between Punjab government and UNWTO. Little opportunity was given to presenting this policy and there was no commitment to implementing the policy. The funding for this work in this sector came from the 13th Finance Commission (2015-2017), a loan from ADB (2010-2020) and some of the programmes of Ministry of Tourism, Government of India. After this cycle of work (say work undertaken in 2005-2020), the focus of the Government of Punjab should be to audit what has been achieved in the work undertaken in those many years and determine the needs and gaps to chart out the necessary direction.”

“There needs to be integration with work of other departments, for instance Department of Housing and Urban Development & Department of Local Government for heritage sensitive development work in historic cities (HRIDAY Amritsar provides important learnings), Department of Irrigation for protection and development along the canals which are a repository of colonial period industrial heritage, Department of Revenue to work at village levels, for instance conservation of village water tanks, shrines, intangible cultural practices related to crafts and gastronomy while aligning with principles of sustainable development. Partnerships and innovation require to be foundational in development of tourism so that there is direct benefit for the local people. In fact, this would be the first cultural route on the Indian list of heritage sites of UNESCO (it links Punjab to Kolkata through five other states). This is only possible if Punjab is more professional about this and does not rely on retired officials for developing the vision and strategy as in the past,” Gurmeet sums it up.