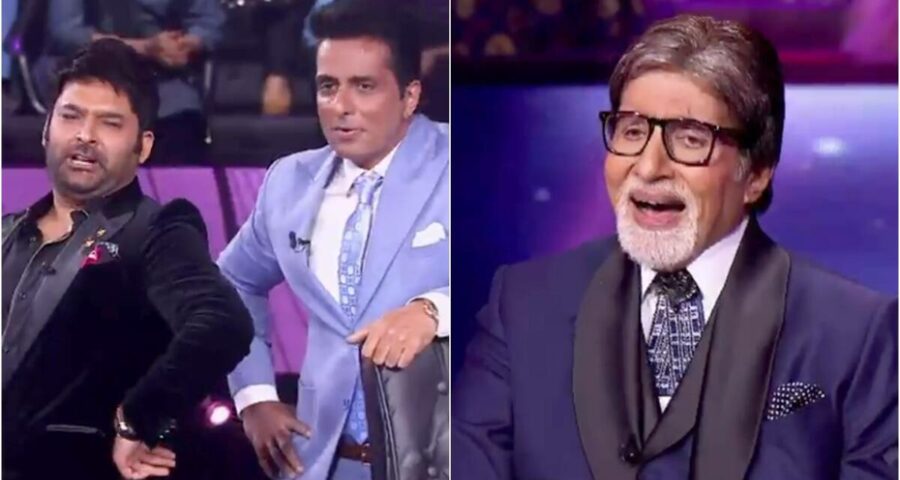 Kapil Sharma and Sonu Sood will be the special guests on Amitabh Bachchan-hosted Kaun Banega Crorepati. Kapil's jokes about how Big B attends to guests at his home leaves the KBC 13 host laughing. 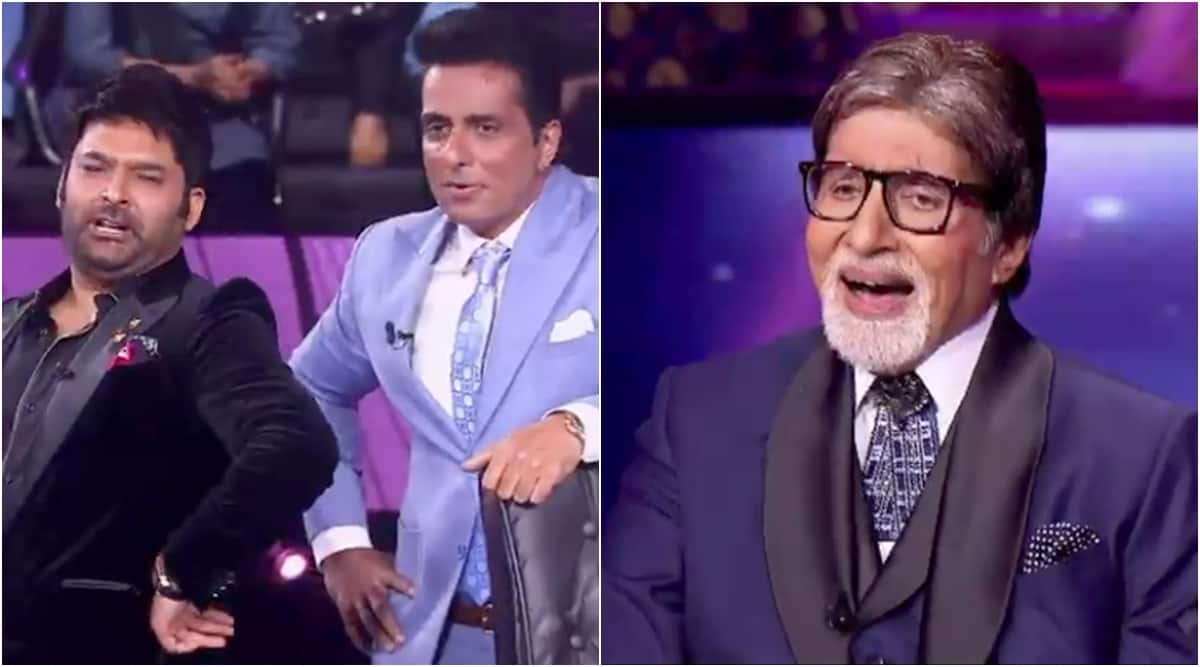 Host-comedian Kapil Sharma is set to leave superstar Amitabh Bachchan in splits in the upcoming episode of Kaun Banega Crorepati. Kapil will the the special guest in the game show, along with actor Sonu Sood. The official Instagram handles of Sony TV posted some promo videos of Kapil showing his histrionics.

In one of the promos, Kapil is seen joking  how Amitabh Bachchan attends to the guests at his residence in the typical KBC style. Kapil said Big B must be giving options to the guests about what they’d wish to drink when they arrived to meet him. In Big B’s baritone, Kapil gives four options and adds, “Main aapki koi bhi madad nahi kar sakta.” He adds that bemused guests often choose to quit but have to choose from four options to leave from Bachchan’s home. While KBC 13 host had the loudest laughter in the studio, Sonu Sood also couldn’t hold back his smile.

Amitabh also pulled up Kapil Sharma for his tardiness. “Aaj aap theek time pe aae hai. Aapko humne milna tha 12 baje, theek 4.30 baje aagae aap (You are right on time today. We were supposed to meet you at 12, you arrived at 4.30 on the dot),” he said as Kapil laughed sheepishly.

The Kapil Sharma Show is one of the top rated celebrity talk shows on Indian television and the host is known for keeping stars hooked given his quick wit. Even on the KBC 13 episode, he’ll be doing the same, while also claiming that everytime he likes to behave like Bachchan, people ask him to shut up.

The particular episode of Kaun Banega Crorepati 13 will air on the upcoming weekend.