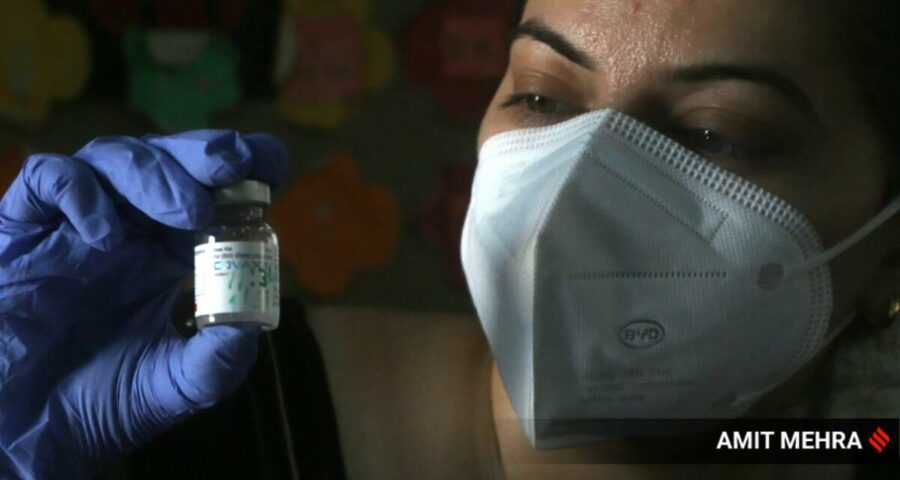 Kejriwal termed as “good” the Centre’s decision to provide free vaccines to states for inoculation of all above the age of 18 from June 21, while adding that the revision in the policy came after “pressure put by the Supreme Court”. Delhi Chief Minister Arvind Kejriwal Thursday said the Supreme Court may have forced the Centre’s hand in reversing its vaccination policy but the “major shortage of vaccines” remains a worrying factor, which, he suggested, can thwart the inoculation drive.

Kejriwal said if sufficient vaccine doses are available, then the administrative machinery to conduct elections can be utilised to vaccinate the entire country within a very short period of time.

The Delhi government is carrying out a special drive using the BLOs to get the entire 45+ age group vaccinated within a month.

Kejriwal termed as “good” the Centre’s decision to provide free vaccines to states for inoculation of all above the age of 18 from June 21, while adding that the revision in the policy came after “pressure put by the Supreme Court”.

The apex court had earlier questioned the Centre’s vaccination policy, terming it “arbitrary and irrational”.

“Today, vaccine availability is a big problem in the country. It is good that the Centre is going to distribute vaccines for free across the country. However, the Supreme Court had to put pressure on the Centre to take this decision. But better late than never. But the question remains, even after June 21, where will vaccines come from? There is a major shortage of vaccines in the country. There is no availability and that is the biggest question mark,” Kejriwal told reporters.

The CM made the remarks while speaking to reporters after inspecting a 57 MT medical oxygen storage centre at Siraspur.

Prime Minister Narendra Modi had on June 7 announced that the Centre will buy 75 per cent of doses from vaccine makers, including 25 per cent of the state quota, and give it for free to state governments from June 21.

Meanwhile, Kejriwal added that the poll booth level machinery should be activated to inoculate people at a faster rate, provided vaccine doses are available.

“If vaccines are made available, the model we have implemented in Delhi, jaha vote waha vaccination, can be implemented across the country. The administrative machinery to conduct polls in our country is very strong. If this model is applied everywhere, the entire country can be vaccinated within two to three months if there is sufficient supply of vaccines,” Kejriwal said.

In Delhi, there are about 57 lakh people above the age of 45 years. Around 27-28 lakh people falling in this age group have been vaccinated and around 30 lakh people are left to be vaccinated. Through the campaign, the government intends to ensure 100 per cent vaccination coverage of the entire 45+ population and later scale it up to involve other age groups as well.