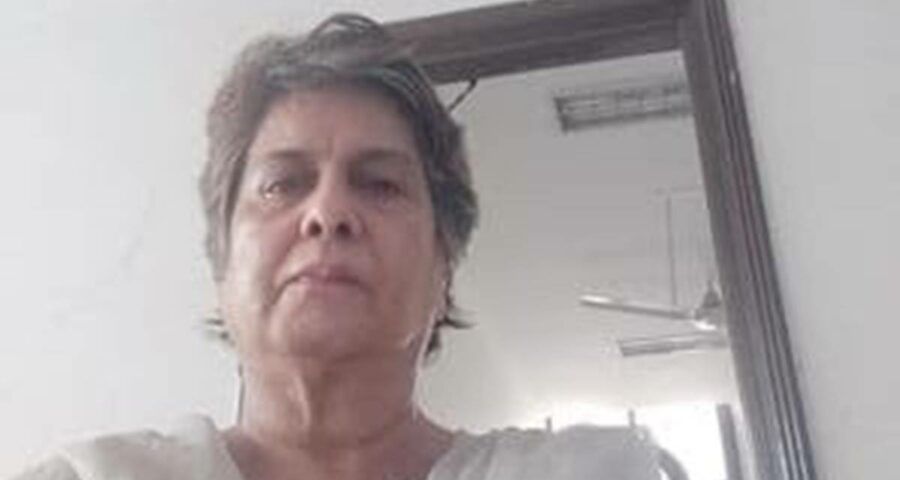 Kitty Kumaramangalam was allegedly smothered to death by her washerman and his two associates on Tuesday night in South-West Delhi’s Vasant Vihar area. Kitty Kumaramangalam, the 68-year-old wife of former union minister P. Rangarajan Kumaramangalam and a lawyer by profession, was allegedly smothered to death by her washerman and his two associates on Tuesday night in South-West Delhi’s Vasant Vihar area.

One of the accused, Raju Lakhhan (24), who was working near her home, has been arrested while a search is on for his accomplices. DCP (South-West district) Ingit Pratap Singh said the deceased was staying in Vasant Vihar.

“We received a call about the incident at around 11 pm from her domestic help Manju. She informed that at around 9 pm, Raju, who came earlier also, came to their home and she opened the door for him. But after entering, he overpowered her and dragged her to another room,” he said.

The complainant Manju alleged that his two associates also entered and they overpowered Kitty. “They also dragged her to another room where they smothered her to death when she tried to raise an alarm. They decamped with some money and jewellery. The domestic help managed to untie her hands. She then called out to her neighbours for help, who rushed in and untied her. They then informed the police about the incident,” a senior police officer said.

The police rushed to the spot and moved Manju to a nearby hospital where she is recuperating. “We found the victim’s house was ransacked. We have informed her son in Bengaluru. Several teams were formed and after conducting raids. We have arrested, Raju. Hunt is on for the other two,” Singh said.

A Congress MP from Salem Kumaranamangalam became Minister of State for Law, Justice and Company Affairs in July 1991. Later he joined the BJP and was one of the first party MPs from Tamil Nadu. He served as Union minister in Atal Bihari Vajpayee’s second and third cabinets too.