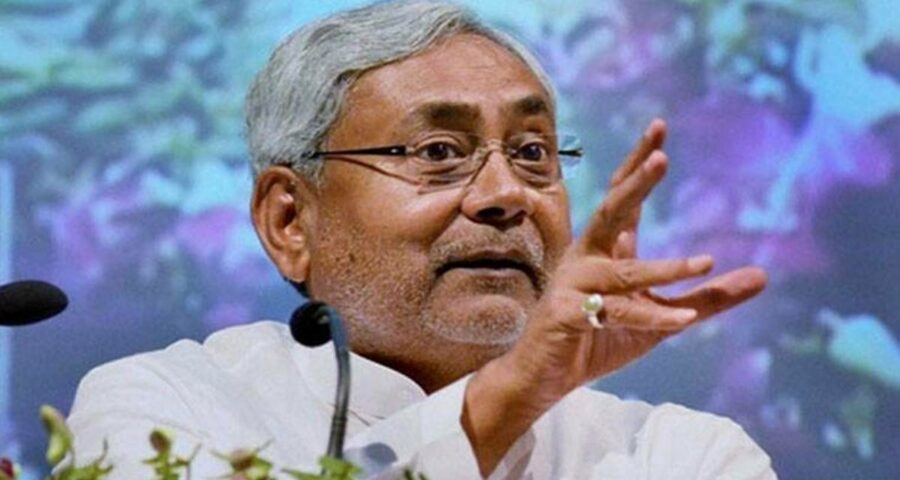 "The by-polls were a sad occasion for us as these were necessitated by the deaths of our sitting MLAs. I have always held that people's will is supreme. They have reposed their trust in us. We will continue serving them as long as the trust continues," Nitish Kumar said. Bihar Chief Minister Nitish Kumar on Tuesday asserted that results of the just-concluded by-elections in the state, won by his JD(U), were a resounding rejection of the RJD founded and headed by his arch-rival Lalu Prasad who betrayed arrogance and a lack of humility.

Kumar was talking to reporters at the state headquarters of the JD(U) where he joined a function organised to felicitate the victorious debutants Ganesh Bharti and Rajiv Kumar Singh who respectively retained for the party Kusheshwar Asthan (SC) and Tarapur assembly constituencies.

“The by-polls were a sad occasion for us as these were necessitated by the deaths of our sitting MLAs. I have always held that people’s will is supreme. They have reposed their trust in us. We will continue serving them as long as the trust continues,” Kumar said.

For Kumar, the by-poll outcome has come as a big relief, a year after his party was drubbed in the assembly polls though he returned as the chief minister, enjoying full support of allies.

“Our candidates belonged to the JD(U). But the entire NDA backed them solidly, down to the grassroots level,” said Kumar.

Kumar was also asked about the failure of Prasad, who had plunged into campaign himself, despite old age and ill-health, and claimed that the RJD’s victory in the by-polls would trigger a ?stampede? in the NDA and pave way for a change of guard.

“What can I say about them? What type of language did they use during the elections? There lies the difference. We believe in the supremacy of people. They (Prasad and his family) believe in lording over everybody else. People have made their preference clear, though,” Kumar said.

Prasad, who had been the chief minister himself in the 1990s, was succeeded by his homemaker wife Rabri Devi when a charge-sheet in the fodder scam caused him to step down. His wife occupied the top post for eight years until being voted out of power in 2005.

Convicted in a number of fodder scam cases, Prasad now stand disqualified from contesting elections himself though his younger son and heir apparent Tejashwi Yadav has been repeatedly called the “chief ministerial” candidate of the RJD.