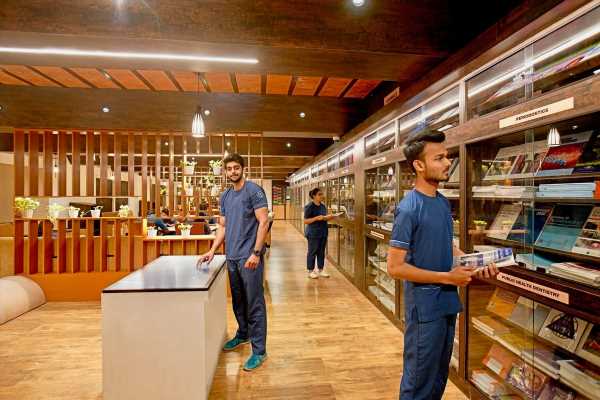 The Saveetha Institute of Medical and Technical Sciences.
The Indian School of Mines, Dhanbad.
Vinay Umarji explains why these two universities have made India proud.

Springing a surprise on some IITs, Tamil Nadu-based Saveetha Institute of Medical and Technical Sciences and the Indian Institute of Technology (Indian School of Mines), Dhanbad, have debuted as the country’s best in the QS World University Rankings by Subject 2022.

The 12th edition of the QS World University Rankings by Subject saw the two new entrants break into the global Top 100 for dentistry and mineral and mining engineering respectively.

Similarly, the National Institute of Pharmaceutical Education and Research, Mohali, saw the highest jump in rankings as it was placed 44th globally in pharmacy and pharmacology, up by over 100 places from the 151-200 band in the previous edition.

On the other hand, after four-and-a-half years since the inception of the country’s ‘Institutes of Eminence’ scheme, the recognised universities gained moderate ground on the global stage in the QS ratings.

Led by IIT-Madras, which ranked 30th for petroleum engineering, four Institutes of Eminence made it to the Top 50. IIT-Madras became India’s highest-ranking public Institute of Eminence.

Mineral and mining engineering emerged as India’s topper among subjects, with two public Institutes of Eminence — IIT-Kharagpur at No 37 and IIT-Bombay at No 39 — making it to the Top 50.

For development studies, the University of Delhi was ranked at 41st place, while the Indian Institute of Science retained a place in the Top 100 bracket for materials science (No 76) and chemistry (No 81). It also broke into the Top 100 for physics and astronomy (No 91) and mechanical engineering (No 98).

IIT-Delhi was ranked in 14 subject tables, even as it maintained its Top 100 rank in civil and structural engineering (Nos 51-100), electrical and electronic engine­ering (No 56), computer science (No 65) and mechanical engineering (No 64).

In business and management subjects, the Indian Institutes of Management at Bengaluru and Ahmedabad bagged positions in the Top 100 club.

QS also found that India remained at the forefront of global environmental science research. Data from QS’s research partners at Elsevier, which contributes to the QS World University Rankings by Subject, indicates that, in 2021, India ranked fifth in terms of its research footprint in this field — behind only Germany, China, the UK and the US.

In this backdrop, eight Indian universities are featured in QS’s Environmental Sciences 2022 ranking, with IIT-Bombay entering the top 150 ranks and IIT-Kharagpur remaining in the 151-200 band. The two new entries in this discipline are Banaras Hindu University (Nos 401-450) and Anna University (Nos 451-460).

Regionally, India is the fourth-best represented higher education system as far as the number of entries is concerned and the joint-fifth for the number of Top 200 entries.

Commenting on India’s performance, QS Research Director Ben Sowter said that one of the biggest challenges faced by the country is providing high-quality tertiary education in the face of exploding demand, as recognised by 2020’s National Education Policy, which set the ambitious target of a 50 per cent gross enrollment ratio by 2035.

“Therefore, it should provide some reassurance that the number of Indian programmes featuring across our 51 subject rankings has increased this year — from 233 to 274 — where it had been decreasing previously.

“QS also notes that several programmes at India’s privately run Institutes of Eminence have made progress this year, demonstrating the positive role that well-regulated private provision can have in enhancing India’s higher education sector,” Sowter added.

Compiled by global higher education analysts QS Quacquarelli Symonds, the rankings provide an independent comparative analysis of the performance of 15,200 individual university programmes taken by students at 1,543 universities which can be found in 88 locations worldwide, across 51 academic disciplines and five broad faculty areas.

They are part of the annual QS World University Rankings portfolio, which was consulted over 147 million times in 2021 and covered 96,000 times by the media and institutions. 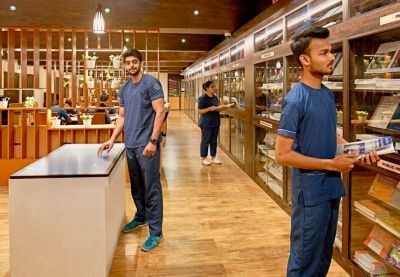