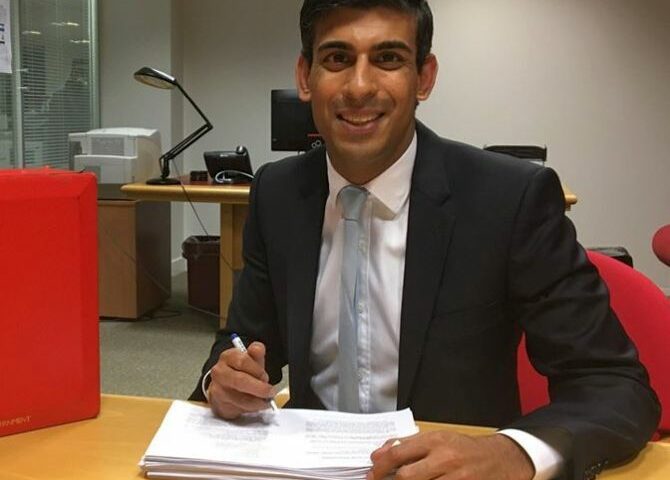 UK Chancellor of the Exchequer Rishi Sunak has written to his boss, Boris Johnson, to be referred to one of the British Prime Minister’s independent advisers to review all his ministerial declarations of interest amid a row around his family’s tax affairs. 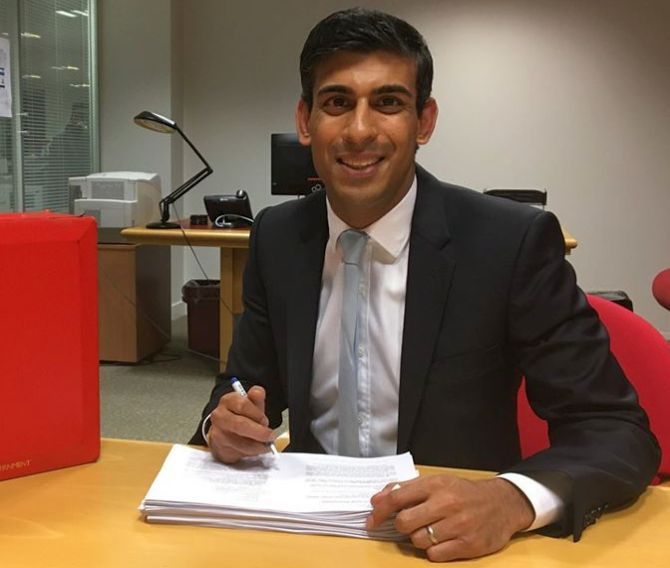 The Indian-origin finance minister, who has been fighting back attacks over wife Akshata Murty’s tax arrangements in India and also Opposition allegations around his own finances, said in a Twitter post on Sunday that he is confident the independent review by House of Lords peer Christopher Geidt, the Independent Adviser on Ministers’ Interests, will provide “further clarity”.

“My overriding concern is that the public retains confidence in the answers they are given and I believe the best way of achieving this is to ensure those answers are entirely independent, without bias or favour,” Sunak states in his letter to Johnson.

“To that end, I would recommend that Lord Geidt makes all his conclusions public.

“I am confident that such a review of my declarations will find all relevant information was appropriately declared.

“I have throughout my ministerial career followed the advice of officials regarding matters of propriety and disclosure and will continue to do so,” he said.

“I am confident that such a review of my declarations will find all relevant information was appropriately declared,” he added.

Johnson is now expected to formally ask Lord Geidt to open an inquiry, which can take months to complete.

The Opposition Labour Party has also written to 10 Downing Street asking for an investigation into a “series of troubling revelations regarding the tax status and business connections of the Chancellor and his household”.

Last week, Sunak had vehemently defended the non-domicile status of his wife, the daughter of Infosys co-founder Narayana Murthy, which meant she was not legally bound to pay tax on her Indian income in the UK.

Akshata Murty has since announced that she would be paying all her taxes in the UK to avoid the issue becoming a “distraction” for her husband’s political career.

It was followed by revelations around Sunak’s US Green Card, which he reportedly relinquished last year.

The document entitled the British minister to permanent residency in the US as well as making him liable to file a tax return there.

Sunak’s spokesperson stressed that he followed all guidance and continued to file US tax returns, but specifically as a non-resident, in full compliance with the law.

The financial arrangements of Sunak and his wealthy family have been dominating headlines for days, with the Opposition alleging a lack of transparency at a time when the British public is faced with a rising tax bill as a result of the government’s Budget.

“The lack of transparency does raise questions about conflict of interest.

“The fact that they have changed their tax arrangements now shows that they do recognise it’s a problem – but they wouldn’t have done that if this hadn’t been public,” said Yvette Cooper, Labour’s shadow home secretary.

Meanwhile, there is also media speculation around Sunak’s wife and their daughters Krishna and Anoushka moving out of the 11 Downing Street government residence to be permanently based at their family home in west London.

While the move was expected for some time for the family to be closer to Krishna’s school in the area, the shift may have been hastened by the storm around the Akshata Murty’s tax affairs.

Sunak will reportedly spend most working days at Downing Street and join his family at the Kensington home on holidays and weekends.

Some UK media reports are also speculating about Sunak withdrawing from British politics altogether over time to build a permanent base in California in the US.

This follows plummeting popularity ratings in recent opinion polls, which no longer view the first British Indian finance minister as a key contender for the top job of the UK prime minister.