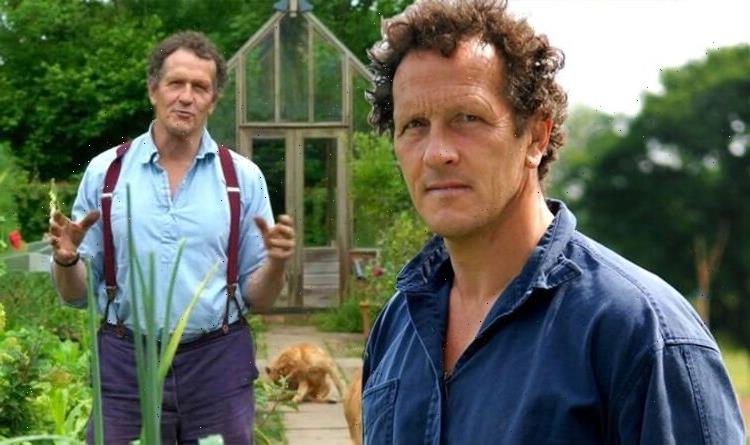 Gardeners’ World star Monty Don took to Twitter this morning to call out those defending the use of peat as an “anti-woke attack”. Peat is essentially a growing medium for gardeners, which has come under fire in recent years for the damage it does to the environment.

Monty, 66, sent out a tweet today in view of his 249,200 followers about the continued use of peat in gardening.

He wrote: “Using peat is defended by some as an anti-woke attack on individual choice and liberty.

“Got to get past this. Using peat does environmental harm – why would any gardener seek to defend that?

“Also it is simply untrue that there are no viable alternatives. Time to get real.”

According to the International Peatland Society, peat can be described as “the surface organic layer of a soil that consists of partially decomposed organic matter, derived mostly from plant material, which has accumulated under conditions of waterlogging, oxygen deficiency, high acidity and nutrient deficiency”.

The main concern surrounding the use of peat is its contribution to greenhouse gas levels.

When peat is mined, the peat bog is first drained, which immediately releases greenhouse gases, whilst the remaining peat continues to release carbon dioxide and methane into the atmosphere.

What’s more, the carbon in peat quickly turns into carbon dioxide when spread over a garden or field, which again contributes to greenhouse gas emissions.

Peat bogs are also home to a whole range of birds, plants, and other wildlife, which are lost when the bogs are drained in a process that is pretty much irreversible.

In a follow-up to his original tweet, Monty posted again an hour later, adding: “I have said this often, but it is worth repeating: Even if a  (very) few plants DO grow better in a peat-based compost that does not justify peat extraction.

“A (very) small loss of quality in a garden does not EVER justify peat use.”

Gardeners have enjoyed using peat in the past for a host of reasons, as Monty Don noted in his blog for Butterfly Conservation.

“As a growing medium peat has many virtues,” he wrote. “It retains moisture well yet drains freely. It is cheap.

“But none of this justifies the loss of peat bogs caused by extraction for horticultural use.”

Following the horitculturalist’s two tweets condemning the gardening practice, Monty’s followers took to the comments section to share their thoughts on the issue.

Most commenters agreed, with Mike Jennings writing: “It’s genuinely pathetic that some people would defend using peat as some sort of nonsense culture war ‘anti-woke’ thing.

“Embarrassing and small-minded when we’re faced with demonstrable environmental threats and suitable alternatives.”

Lynn_GT asked: “Is this really what they’ve chosen to attack us on now? Honestly, some people need to get a life. Choosing peat free compost is a sensible and necessary choice – there’s plenty about.”

While Mary Radleigh added: “Always thought that using peat is the lazy way to garden and is used by those with pristine lawns and borders with little imagination.”

However, some people took issue with Monty’s comments, as they felt they were exclusionary.

“All down to cost Monty, make peat-free compost cheaper than peat compost and people will buy it,” wrote DS37alwaysred.

“This is why it’s dangerous to start culture wars. Pretending it doesn’t exist in gardening is ridiculous. Plenty of people, especially older gardeners, like slightly unfashionable neat gardens with colourful flowers and there’s not a week goes by without an attack on them,” added Taexalon.