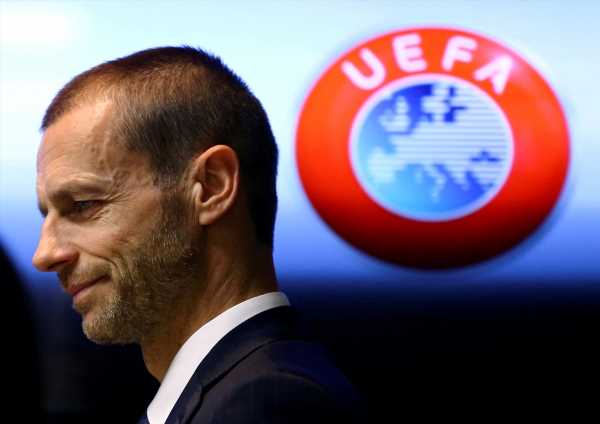 UEFA is set to decide on Friday on whether to move this year’s Champions League final from St Petersburg in the wake of Russia’s invasion of Ukraine.

The announcement came after a group of European lawmakers wrote to UEFA on Thursday, asking it to change the venue and to stop considering Russian cities for international football competitions.

The Champions League final, the showcase match in European club football, was set to be held at Zenit St Petersburg’s stadium on May 28 – an event that would have normally drawn thousands of fans from across the continent.

The stadium is known as the Gazprom Stadium after a sponsorship deal with Russia’s state energy company which also sponsors UEFA’s Champions League and the UEFA’s Euro 2024 national team competition.

“Following the evolution of the situation between Russia and Ukraine in the last 24 hours, the UEFA President has decided to call an extraordinary meeting of the Executive Committee for Friday 25 February at 10:00 CET, in order to evaluate the situation and take all necessary decisions,” UEFA said in a statement.

Zenit St Petersburg are in action in the Europa League on Thursday, playing in Spain against Real Betis and UEFA said that game will not be impacted.

“UEFA can confirm that all tonight’s games will be played as scheduled,” the organisation said.

F1, with Russia on the calendar, “closely watching” developments in Ukraine

Formula One officials are “closely watching” developments in Ukraine after Russia’s invasion on Thursday but did not comment on whether the Russian Grand Prix would go ahead as planned in September.

Russia has held the grand prix since 2014, with this year’s event scheduled for Sept. 25.

“Formula One is closely watching the very fluid developments like many others and at this time has no further comment on the race scheduled for September,” said a spokesperson, whose commercial rights were acquired by U.S.-based Liberty Media in 2017, in a statement.

“We will continue to monitor the situation very closely.”

This year’s Russian race is set to be the last around the Sochi Olympic park, with the event moving to a track outside St Petersburg from 2023.

It has been attended by Russian President Vladimir Putin in the past, who has also handed out trophies on the podium.

Russia launched an all-out invasion of Ukraine by land, air and sea on Thursday, the biggest attack by one state against another in Europe since World War Two.

The United States and its allies are due to unveil “severe sanctions” against Russia, likely to include measures against more Russian banks, such as Sberbank and VTB.

The VTB Group is the title sponsor of the Russian Grand Prix. Formula One also includes Russian driver Nikita Mazepin.

The 22-year-old drives for the U.S.-owned Haas team, whose title sponsor is Russian potash producer Uralkali, owned by his father and billionaire Dmitry Mazepin.

Haas team boss Guenther Steiner is scheduled to attend a press briefing on Thursday at the pre-season tests in Barcelona.