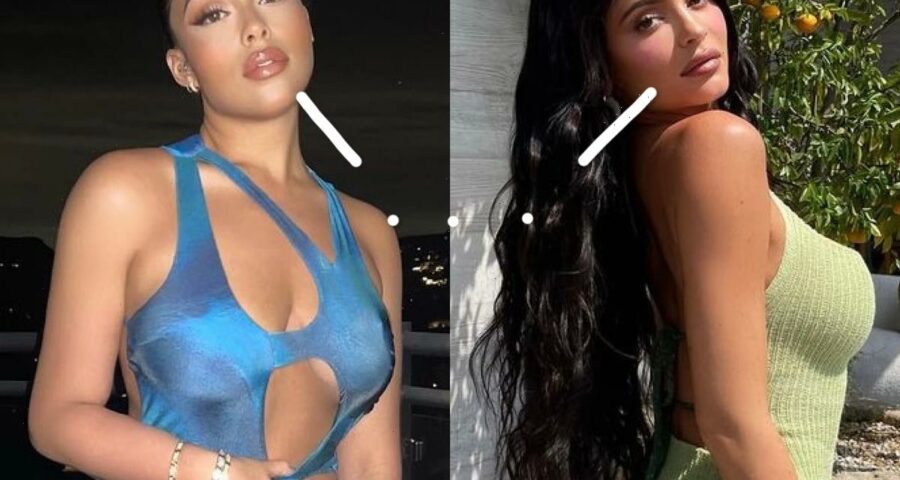 Does time heal all wounds — even for former BFFs Kylie Jenner and Jordyn Woods?

As you may recall, fans were shaken to the core when news broke out back in 2019 that the 24-year-old had allegedly hooked up with Khloé Kardashian’s baby daddy Tristan Thompson at a party.

During an appearance on Red Table Talk in March 2019, Jordyn vehemently denied sleeping with the 30-year-old basketball player — claiming that he kissed her and it was not reciprocated. There are certainly camps who believed her but plenty who couldn’t quite make it line up with what witnesses from the party saw.

Whether she was innocent or not, the cheating scandal effectively ended Jordyn’s longtime friendship with Kylie and the rest of the KarJenner family. It also led Khloé and Tristan to split — though they later ended up reconciling… and breaking up again when more infidelity surfaced.

During the Keeping Up With the Kardashians reunion last year, the drama was brought back up by host Andy Cohen, where Kylie spilled that the ex-besties did talk about the Tristan incident in private at the time:

Seemed pretty clear the makeup mogul was done with her ex-bestie for good.

As for whether Khloé would be down for Kylie to become friends with Jordyn again? She said that it would be up to her younger sister but would support her decision no matter what:

“I have told Kylie intimately that I would genuinely not care whatsoever if Kylie wants to be her friend again. My sisters matter way more to me than any grudge or issue that I would have with another individual. And if I can allow Tristan back into my life, I need to allow the same forgiveness and acceptance of other people.”

So have Kylie and Jordyn reconciled since then? Some fans think the two have secretly reconnected — especially after spotting a huge clue on social media recently!

Although Jordyn doesn’t follow the Kardashians on social media, the model seemingly hinted that she is still friends with Kylie on Twitter last month. How so? Well, she tweeted out four wolf emojis on February 1 — just one day before the reality star revealed that she gave birth to her and Travis Scott’s son, Wolf Webster! That’s right, before the birth reveal. Kylie didn’t reveal the little one’s name to the world until several days later!

Coincidence? Or did Kylie tell Jordyn her baby boy’s name before revealing his name to the world? Does this mean that the pair was in contact at some point? Are they full-on friends again!?

When the tweet resurfaced this week, fans rushed to Reddit to question whether Kylie and Jordyn have reconnected. Take a look at the reactions:

“On the day of the birth is almost too coincidental!”

“I can see Kylie and Jordyn being undercover friends.”

“I thought they may be on the low as friends or keep in touch. Something Khloe said at the reunion show about she personally wasn’t talking to Jordyn, which made me think others in the family maybe still do?”

“Guarantee her and Kylie still talk”

However, multiple users pointed out the fact that it may have been about her boyfriend Karl-Anthony Towns, who plays for the Minnesota Timberwolves:

“I’m 90% positive that it’s for her bf. The romantic in me, however, hopes they are able to be friends on the DL. Kylie deserves someone to be there for her. Jordan kept her grounded.”

“You guys are reading too much.relax”

That would make a lot of sense but a part of us cannot help but think fans might be on to something here with these Jordyn and Kylie rumors! After all, Khloé may have said she’d be fine with the friendship — but if we were her kid sis, we’d probably keep it quiet, too!

But what do YOU think, Perezcious readers? Are Kylie and Jordyn friends once again? Or was this just a wild coincidence? Sound OFF with all of your thoughts on the friendship speculation in the comments (below)!