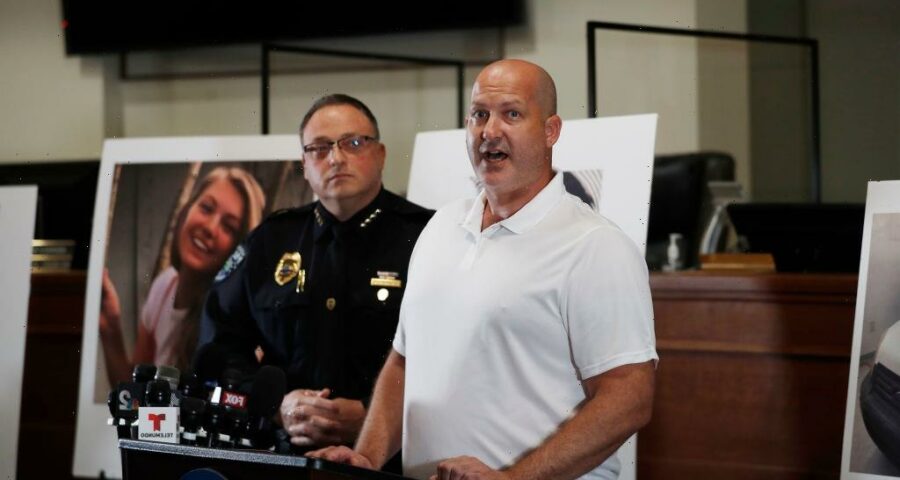 The parents of Gabby Petito have filed a lawsuit against the parents of Brian Laundrie, claiming that they already knew their son had killed Petito while she was still missing and accusing the Laundries of helping Brian elude investigators.

In the lawsuit, filed Thursday at a Sarasota County, Florida circuit court, Petito’s parents Joseph Petito and Nichole Schmidt accuse Christopher and Roberta Laundrie’s “shocking, atrocious and utterly intolerable” actions of causing them to “suffer pain and suffering, mental anguish” and the “loss of capacity for enjoyment of life.”

The lawsuit provides a timeline, from Petito’s parents’ perspective, of the van-life couple’s days leading up to Gabby’s murder — believed to be on Aug. 29, 2021 — as well as the Laundrie family’s actions after Brian returned home to Florida without Petito.

Brian Laundrie Admitted to Killing Gabby Petito, According to FBI

Meet the Beatle: A Guide to Ringo Starr's Solo Career in 20 Songs

According to the lawsuit, Brian — in possession of both his phone and Gabby’s — sent text messages between the two phones to give the illusion that Gabby was still alive, and later texted Schmidt from Gabby’s phone pretending to be her daughter; Brian made the mistake of referring to Petito’s grandfather as “Stan,” his real name, instead of a less formal moniker.

However, the most damning accusation — and the basis for the lawsuit — is the Petito family’s claim that Brian informed his parents of Gabby’s death on Aug. 30, the day after it occurred. On Sept. 2, the lawsuit alleges, the Laundrie family put lawyer Steven Bertolino on retainer.

The Laundries then cut off all communication to a Petito family that was desperately seeking information about their missing daughter. “In an effort to avoid any contact with Nichole Schmidt, on or about September 10, 2021, Roberta Laundrie blocked Nichole Schmidt on her cellular phone such that neither phone calls nor text could be delivered, and she blocked her on Facebook,” the lawsuit states.

Petito’s parents also claim that the Laundries issued their Sept. 14 statement hoping “that the search for Miss Petito is successful and that Miss Petito is reunited with her family” despite already being aware that Gabby had already been murdered. Soon after that statement, the Laundries instructed all contacts to communicate with them through their lawyer.

“While Joseph Petito and Nichole Schmidt were desperately searching for information concerning their daughter, [the Laundries] were keeping the whereabouts of Brian Laundrie secret, and it is believed they were making arrangements for him to leave the country,” the lawsuit alleges.

The lawsuit comes two months after the FBI closed their investigation into the 22-year-old Petito’s death. After finding Laundrie’s remains in November — he died by suicide from a single gunshot wound to the head in a Florida nature reserve — investigators uncovered a notebook where Laundrie admitted to killing Petito.

A lawyer for Petito’s parents did not immediately respond to Rolling Stone request for comment. They are seeking damages exceeding $30,000.