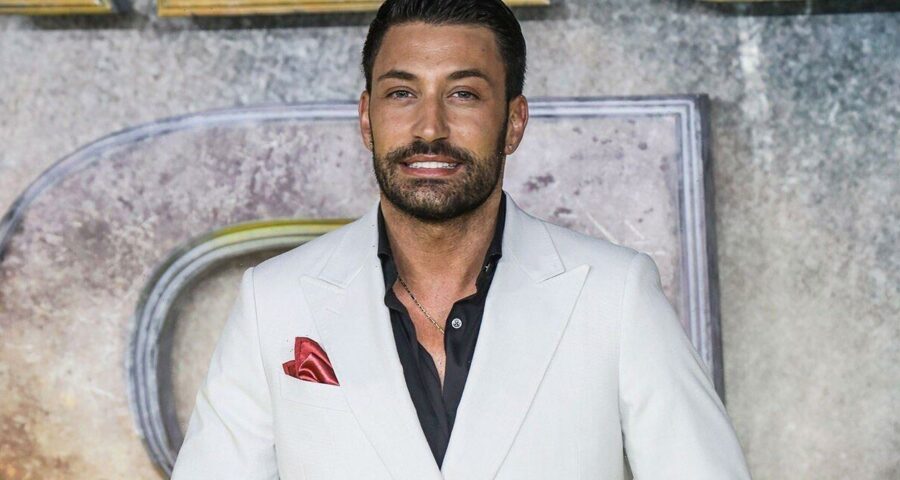 After being pictured enjoying the company of a mystery woman while out in London’s Soho, Strictly Come Dancing professional dancer Giovanni Pernice, 32, posted on his Instagram stories that it was nothing more than hanging out with friends and Strictly fans whilst waiting for an uber to take him home.

The article in question posted by MailOnline showed images of Giovanni looking dapper in a tan blazer layered over a plain white shirt.

Wearing dark trousers, one of the pictures showed Giovanni with his arm around a young woman, while one of her friends took a photo of the pair of them.

According to the article the Italian-born Giovanni appeared in high spirits talking to the rest of the group, embracing a woman in a geometric dress as he gave her a kiss on the cheek.

The group all enjoyed a laugh in the street’s smoking area outside the bar, with the dancer deep in conversation.

The article went on to speculate that Giovanni may have had his phone out in order to take the girl’s number, after his last public relationship with Love Island’s Maura Higgins came to an end.

In a comical reaction to the claim, Giovanni took to his Instagram, which boasts 811,000 followers, and wrote: “Your imagination cracks me up.”

Alongside numerous laughing emoji faces, Giovanni added: “I’m waiting for an Uber with my phone in my hand.”

The interest in Giovanni’s love life comes after rumours started brewing that he was getting close to his former dancer partner and Strictly champion Rose Ayling-Ellis, despite there being no evidence that the pair are in a romantic relationship.

The pair made history on Strictly Come Dancing and have since shared a close bond. They even won a BAFTA for Couple’s Choice dance which included 10 seconds of utter silence in support of the deaf community.

Most recently Giovanni has publicly supported Rose in her next venture after leaving her role as Frankie Carter in EastEnders.

Announcing the news that she will be starring in a new production of William Shakespeare’s As You Like It in London, it wasn’t long before Giovanni showed his support for his friend.

Revealing all on Instagram, she posted: “So excited to finally share this news! I am thrilled to be going back to theatre with this talented group of people.

“Scary thought to be performing Shakespeare for the very first time playing Celia. I’m feeling privileged to be able to do this in this incredible new space.

“Can’t wait to get creative.”

Following Giovanni’s comments many fans swooned over the pair supporting each other, with one fan speculating once again that they may be more than friends.

One user agreed with Giovanni’s comment, writing: “Yes she is and she’ll smash it.”

And another said: “They are just good friends, they are supporting each other, strong friendship.”

Whereas a third, who goes under the username Ella Hurley suggested there might be more to their friendship. She speculated: “Definitely not just good friends. He had his hand on her leg at the NTA’s.”