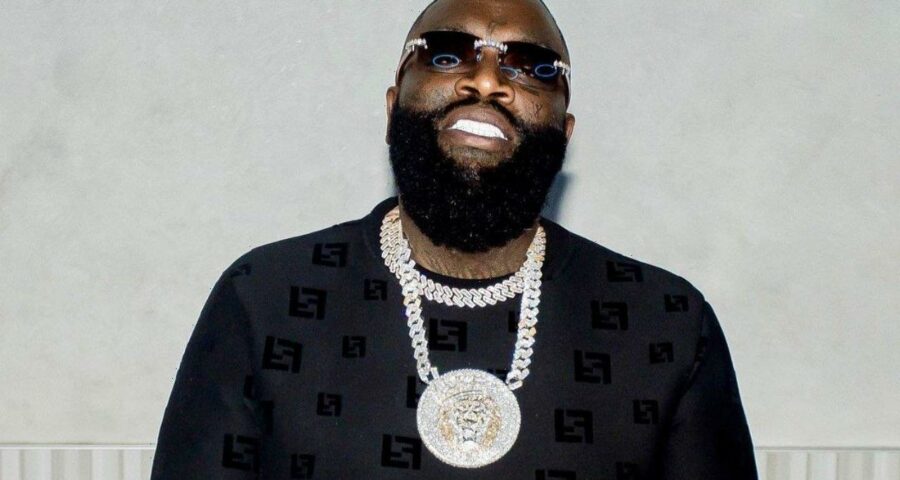 An armed-man suspected of an attempted break-in leads police on a wild chase that ends up with his arrest near the Maybach Music Group label founder’s property.

AceShowbiz –Rick Ross‘ mansion in Georgia was surrounded by cops following a high-speed chase in pursuit of a man who is suspected of an attempted break-in at another residence. The man led police on a wild chase that ended up with his arrest near the rapper’s property.

Deputies say they responded to what they believe was a domestic-related incident and spotted the suspect’s vehicle before it took off. Officials said the vehicle halted on Old National Highway and Georgia Highway 138 and the suspect fled on foot with his gun.

Deputies had to swarm the property and was allowed entry by a guard through the security gate because the suspect fled into a wood line onto the rapper’s estate. Officials searched the property and found the suspect, who was taken into custody at gunpoint.

Deputies later searched the premises for the weapon. No one was injured in the arrest, while the unidentified suspect is currently being held in Clayton County Jail.

According to officials, Rick, whose real name is William Leonard Roberts II, was not home during the incident. The 45-year-old hip-hop star and music mogul has often flaunted his luxurious home, which was formerly owned by Evander Holyfield and rests about 20 miles from Atlanta.

Rick’s Georgia estate is also featured in comedy movie “Coming 2 America“. The property served as the set for the fictional Zamunda, home of Eddie Murphy‘s Prince Akeem Joffer. “That entrance foyer with the big two-story interior and double-winding staircase was perfect,” said production designer Jefferson Sage of using the property as the palace. “Off of that, there were two beautiful big rooms with giant windows and 18-foot ceilings. We used five key spaces that we turned into Zamunda.”

Rick even allowed his bedroom to be filmed as the King’s primary bedroom. “They changed the wallpaper in the dining room so I asked them to keep it up there,” the “Hustlin’ ” emcee said about the filming on his property. “They also created that huge dining room table for a dining scene that seats 50-60 people, and they left that for me as a gift. It’s humungous.”