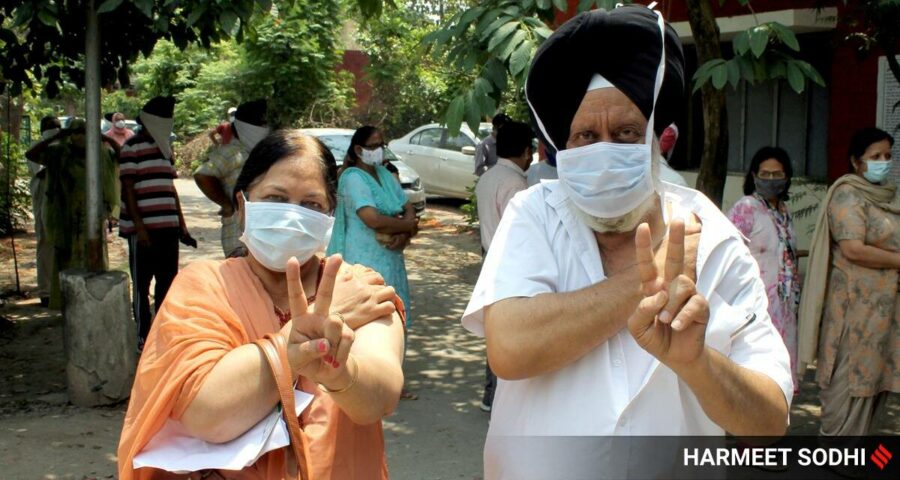 During the first Covid wave, the highest single-day toll of 106 was recorded on September 2 last year. Tuesday also marked the first time since the pandemic began that the state had recorded more than 200 deaths. Both the maximum number of deaths (30) and maximum fresh cases (1386) were recorded from Ludhiana.

During the first Covid wave, the highest single-day toll of 106 was recorded on September 2 last year.

As per the district-wise break up of 217 deaths reported on Sunday, the maximum deaths were recorded from Ludhiana (30), followed by Bathinda (27), Amritsar and Patiala (17 each), Muktsar and Sangrur (13 each), Fazilka (12), Ferozepur (10), Jalandhar, SAS Nagar, Hoshiarpur and Gurdaspur (nine each), Faridkot and Pathankot (eight each), Kapurthala and Mansa (five each), Fatehgarh Sahib, SBS Nagar and Tarn Taran (four each) and Barnala and Ropar (two each).

With the 217 fresh deaths, the Covid toll in Punjab reached 10,918, with the state’s case fatality rate (CFR) touching the 2.37 per cent mark, higher than the national CFR of 1.09 per cent. The number of patients ‘on ventilator support’ has risen to 324 and those on oxygen support are 9,652.

A total of 82,688 beneficiaries received their vaccine shots on Tuesday under the health care, frontline workers, 45+ and 18-44 age categories.