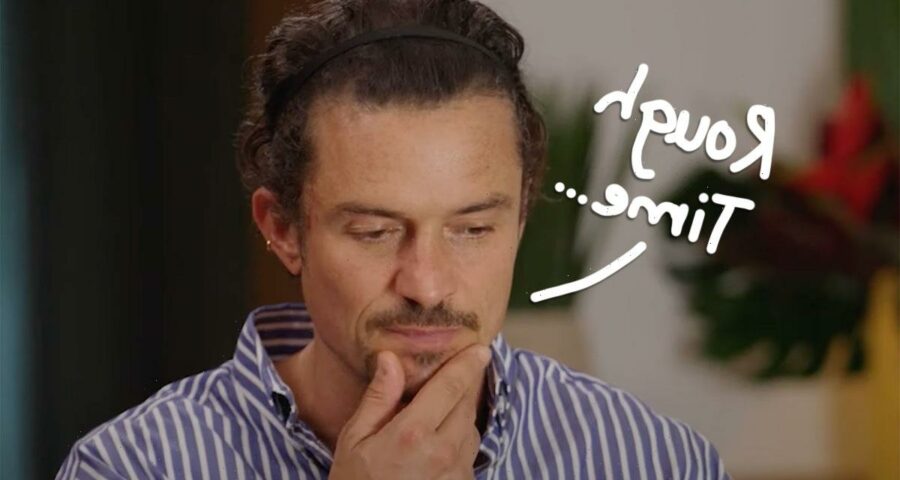 Orlando Bloom is opening up about a dark period in his life.

We’re used to seeing the actor as Legolas in the Lord of the Rings and Will Turner in the Pirates of the Caribbean — an athletic action star performing wild stunts. But for a time that looked impossible. At one point, a young Orlando wasn’t even sure if he’d even be able to walk…

The 45-year-old took to Instagram Monday for World Mental Health Day, where he revealed a TERRIFYING time years ago when he suffered a major injury. He explained:

“When I was 19, I fell three floors from a window and broke my back.”

The accident occurred in 1998 when he and a few friends were climbing up a rooftop terrace. The drainpipe he was clinging to broke, sending him tumbling several floors down to the street. He continued:

“I was very fortunate to survive the fall because my spinal cord was still just intact, and when I was in the hospital, I was told for the first four days that I may never walk again.”

“That was really the beginning of what was a long and painful journey for me into recognizing and understanding some of the patterns that had been in my life that led to me having numerous accidents, and the culmination was breaking my back, which was a near-death experience.”

He further explained the injury required surgery, a back brace, AND physical therapy — but after 12 days, he was able to walk out of the hospital on crutches, “which was really remarkable and unheard of.” He admitted:

“The months after the fall were quite a dark time. As somebody who’d sort of always been very active in my life, it felt very restrictive all of a sudden and I was in a lot of pain, and I would say that for me, the injury created time and space for me to look at my life, recognize what was good and great in my life and the fact that I had this recovery and then build that into the way that I live my life.”

“Mental health is particularly challenging because it’s unseen. There is always an opportunity for you to transform the pain, whether it be physical or mental, into the great good fortune of your life, and it is so important to reach out to people, to talk to people, to find somebody, in order to create the possibility for communication that leads to transformation and change. It starts with one moment, one conversation, it starts with one question, ‘What’s on your mind?’”

What a whirlwind story. We’re so glad he was able to recover so miraculously and is now using his platform to promote mental health awareness. Let us know your reactions to his story in the comments (below).