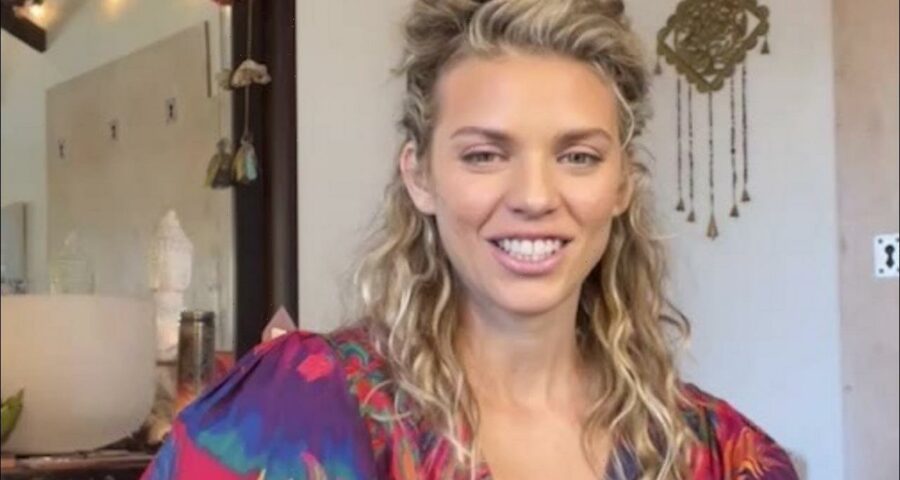 The former ‘90210’ actress is thankful for being able to share her struggle without feeling ashamed after overcoming battle with Dissociative Identity Disorder.

AceShowbiz –AnnaLynne McCord keeps positive outlook as she believes there is “light at the end of the tunnel” after her Dissociative Identity Disorder fight. After being one of the most “sarcastic” and “cynical” people she knew, the 35-year-old actress now feels “grateful” she can share her struggle about the affliction.

“There is light at the end of the tunnel because I found it, and I was the most naysayer, most cynical, most sarcastic, most uninterested in the path that I’m now on. And that to me is everything. Gratitude is the only word to sum it up,” she told People at the Carousel of Hope Ball in Beverly Hills at the weekend.

“I’m talking about the life I’ve had in the last 24 months where I wake up even in a difficult time in our world, grateful that I’m alive, not wanting to end my life.”

She added she was “just one of many” with the disorder and she now feels she is “able to be free of it” by “sharing it with the world” and “not having shame.”

AnnaLynne said to those affected by it or those undiagnosed, “I want them to see my face and know there’s someone in your corner energetically. If I don’t know you personally, I am cheering you on, and there is a pathway home and you can find it.”

Dissociative Identity Disorder – DID – was previously labelled multiple personality disorder, and is classified by sufferers having the presence of two or more distinct personality states within themselves.

AnnaLynne last year said she had developed five distinct alter egos in order to cope with sexual abuse as a child, telling People, “It was about disembodiment, it’s a disconnection from mind to body. I’ve experienced hell. People I trusted told me to do bad things. I just shut down – that was the trigger point.”

AnnaLynne’s first alter ego “Little Anna” emerged when she was 16 while she was arguing with her boyfriend – a state she called “dark, cynical and jaded.” She also had the personalities of “Autopilot Anna,” a nurturing “Earth Mother,” and “Domino,” who she described as a “very salacious young lady” and a “toughie.”

AnnaLynne was sexually abused between the ages of five and 11 by someone she knew while living in an Atlanta trailer park with her parents. At 18, she was also raped by a male friend, leading her to “just cut out awareness of what was happening.”

She believes she displayed DID symptoms while starring in 2012 film “Excision” as she struggled to shake the “disturbed, strange girl” Pauline she played. AnnaLynne was finally diagnosed with the condition in 2019 and now meditates and takes ice baths to settle her mind.

She has said she is “no longer on medication” as her alter egos have “largely disappeared.”