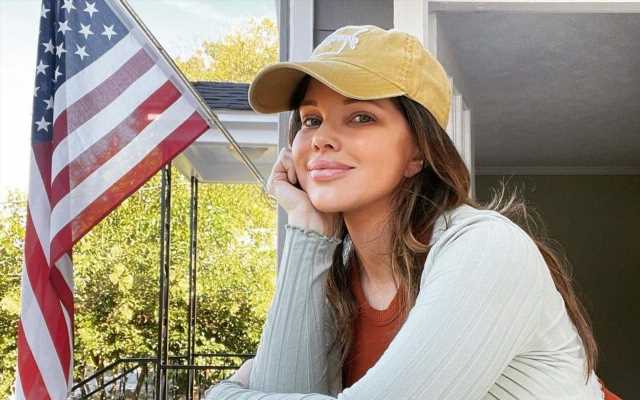 The former ‘Baywatch’ actress refuses to let haters rain on her parade as she calls herself ‘pretty’ and ‘sexy as hell’ despite comments that she’s ‘too old’ to share bikini pictures.

AceShowbiz –Donna D’Errico says she feels beautiful as she brushes off trolls who told her she was “too old” to share bikini photos online. Her comments came after trolls hit her with messages saying she should not be posing like she did in her modelling and acting heyday.

On Monday, October 10, the actress, 54, who played Donna Marco on “Baywatch” after posing for Playboy, showed off her figure in a skimpy lingerie set on Instagram. “Oh no she did not just now post a photo of herself in her underwear. #OhYesIDid. I just like this photo. I think I look pretty,” she captioned her post.

The mum-of-two, who had one of her children with her Motley Crue bassist ex-husband Nikki Sixx, 63, and another from a different relationship, hit back, “I feel sexy as hell. Men are complimenting me and I’m eating it up. Let me live. When I’m 80 I’m going to look back and be so happy I did this while I was hot.”

She has spent the last few months sharing bikini images and, on Friday, October 7, told fans she had been teetotal for two years. Donna – who recently joined OnlyFans – said, “Today marks two years without alcohol in my life. I don’t miss it. I’ve been quietly working, raising kids alone, struggling, watching my kids become adults, and struggling some more. I lost my mom and got depressed along the way.”

“First, my kids turned out amazing, so I did that right. Second, I never stopped acting, never gave up my passion, of being an artist, of creating something from words on paper. When I wasn’t acting, I quietly wrote scripts. And third, I invested.”

“I’m standing here on the porch of another investment house I just closed on today, on my two-year anniversary of life without alcohol. I paid cash for it. Life is sweet.”