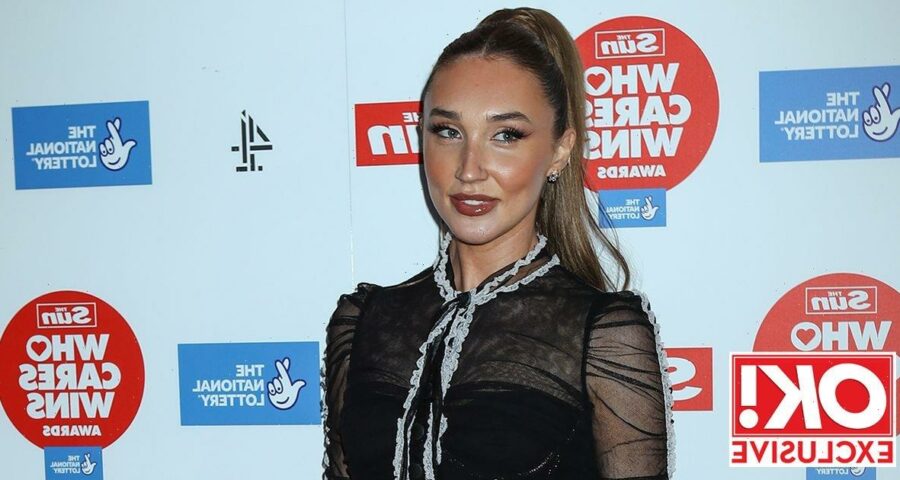 Megan McKenna has insisted that she’s single, despite the men she dates believing that they’re her “boyfriend”.

Megan – who recently ditched her platinum blonde hair for brunette locks – was most recently linked to Londoner Josh Riley, but has now told OK! that she’s very much single.

Speaking to us at The Sun’s Who Cares Wins Awards, the reality TV star-turned-singer said: “I’m single. But, you know what, I’ve just been having a lot of fun this year by doing on dates – that’s what it’s all about isn’t it?”

Megan went on: “But, every single person I go on a date with, they say they’re my boyfriend, which is quite annoying because I’m just a single girl living my life.”

The brunette beauty also discussed her upcoming music, and shared that she’s soon going on tour with Blue on their upcoming UK tour.

When asked what she’s doing for Christmas, Megan said: “I’m actually away for the whole of December because I’m on tour with Blue, and I come back about three days before Christmas. I’ve got to do all my Christmas shopping, so I’m going to be stressing. I’m just going to see my family.”

But before going on tour, Megan will be releasing a new track – a country cover of Neil Diamond classic Sweet Caroline as the World Cup festivities continue. “Next year I’m going to do a few covers, but I’ve got another coming out on Friday [November 25th]. I’m covering Sweet Caroline for the World Cup,” she told OK!.

“It’s a country version, obviously. I hope it [goes down well] because it’s a different version, but it’s cool.”

It’s been a busy year for the former TOWIE star as she continues to release music andperformed at Glastonbury for the first time this summer.

As well as this, Megan celebrated her milestone 30th birthday in September andthrew a lavish ‘13 Going On 30’ themed partyto mark the occasion.

Megan had a tent erected at her Essex home complete with a dance floor and neon signs for the bash, which she nicknamed 'Megan's Utopia'.

"13 GOING ON 30," the singer wrote alongside a collection of photos on Instagram at the time. "Welcome to Megan's utopia! Thank you for everyone for making my dream party… part 2 to come."

A huge pink and white metallic balloon display could be seen inside the room, alongside a pink neon sign and tinsel.

Outside, there had been a bright pink floor fitted and a series of white stools and tables as well as another balloon display and light-up numbers.

A white cart could be seen in the corner, filled with a selection of sweet treats including cupcakes with Megan's face on and pink donuts.

The TOWIE star also had two cakes designed for the party, which were both covered in pink icing and stunning floral decorations.