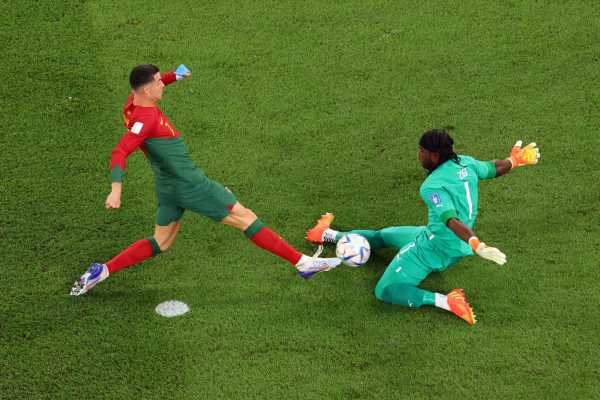 Cristiano Ronaldo drew a line under a tumultuous tournament build-up as he wrote his name in the record books to become the first player to score in five World Cups in a 3-2 victory for Portugal over Ghana on Thursday.

Ronaldo drilled home a penalty in the 65th minute of the Group H encounter to set his side on their way and while Andre Ayew equalised for Ghana, Portugal turned on the afterburners with two quick-fire goals to effectively seal the deal at Stadium 974.

Joao Felix produced a delicate finish to give them the lead and Rafael Leao added a third to hand Portugal their first win in the opening match of the World Cup since 2006, even if Osman Bukari pulled another one back for Ghana late on. 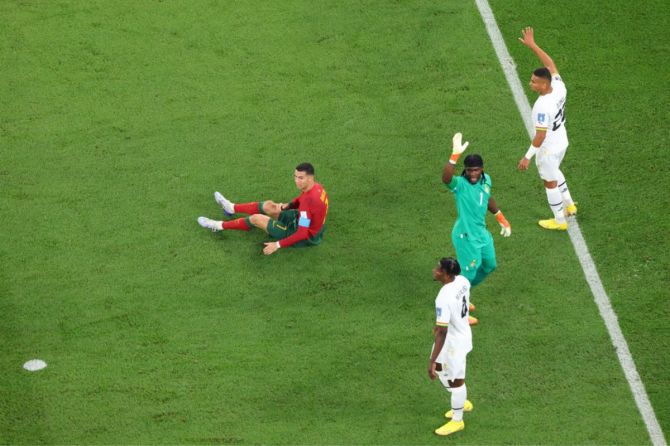 Ronaldo, a free agent after his second stint at Old Trafford ended abruptly on Tuesday, thumped home a dubiously-awarded penalty in the 65th minute after an innocuous coming together with Mohammed Salisu saw the referee point to the spot.

Ronaldo closed his eyes as he waited to begin his run-up, stuttered and smashed the ball into the net to the keeper’s right.

Ghana fired back quickly though when Mohammed Kudus’s cross found its way to Ayew who tapped home.

Portugal then revved into gear with Felix latching onto a Bruno Fernandes through ball and lifting his finish nonchalantly over the keeper. 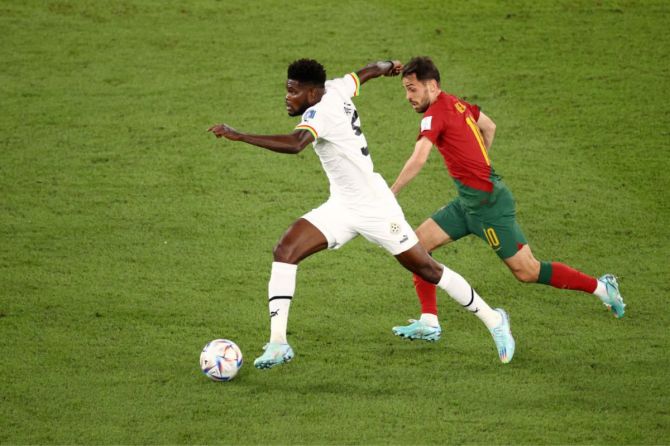 Fernandes was the architect of their third goal too, playing another superb through-ball for substitute Leao to slide his finish across the keeper and into the bottom corner.

There was tension at the end, however, as Ghana pulled another goal back with Osman Bukari heading a cross from the left in the 89th minute.

Osman Bukari’s 89th-minute headed reply set up an anxious ending for Portugal but they survived nine minutes of stoppage time to win their opening game of a World Cup for the first time in their last four appearances.

Portugal, who top the group with three points, next face Uruguay on Monday, when Ghana play South Korea. 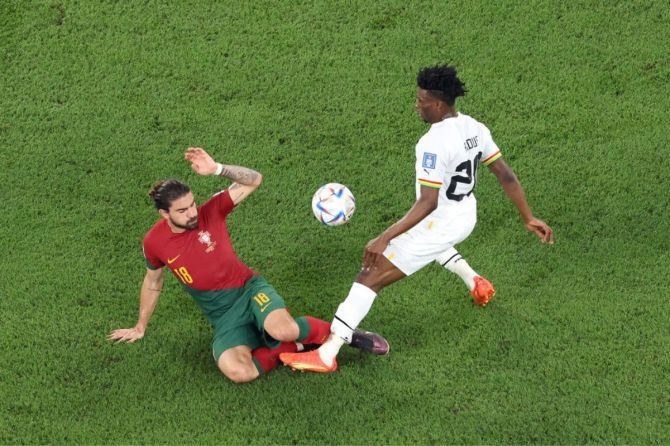