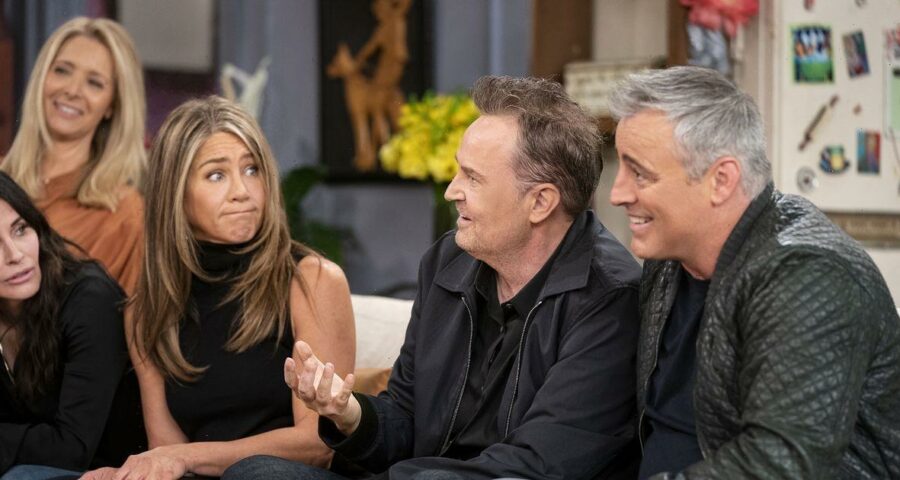 Matthew Perry has admitted he once had a big crush on his Friends co-star Jennifer Aniston, but she reportedly turned him down and had a "deafening lack of interest".

The 53 year old actor said he met Jennifer, also 53, prior to filming the hit sitcom and was "immediately taken" by her presence.

He details the moment in his upcoming memoir Friends, Lovers, and the Big Terrible Thing, in which he also talks openly about his alcohol and drug addiction battle.

Matthew called the actress to try and impress her with two roles he had booked, but she was allegedly left unimpressed.

"It was clear that this made her think I liked her too much, or in the wrong kind of way," he wrote in an extract obtained by Page Six.

Despite the awkward encounter, Matthew proceeded to ask her on a date. He claims that she denied the offer and suggested they just be friends.

"[We] can't be friends," Matthew then blurted out.

The two actors later sat down for their first Friends table read in 1994.

While Matthew still had romantic feelings for Jennifer, he said they "were able to sail right past the past and focus on the fact that we had both gotten the best job Hollywood had to offer".

Matthew's feelings for the Marley & Me star continued throughout the making of Friends and he said he often found himself overthinking their casual interactions.

Luckily for Matthew, he slowly got over Jennifer due to both the show’s success and her continued "deafening lack of interest".

The actor said he had "long since gotten over" Jennifer by the time she started dating Brad Pitt in 1998 and was able to speak to her "without it being awkward".

Matthew isn't the only actor who had a crush on Jennifer while filming the popular series. In the HBO Friend's reunion special, David Schwimmer revealed that he also had a crush on the actress.

After being prompted by James Corden in the reunion episode, David, 54, came clean about his romantic feelings, as he admitted: “The first season I had a major crush on Jen.

“And I think at some point we both crushing hard on each other, but it was like two ships passing because one of us was always in a relationship.”

He continued: “And we never crossed that boundary. We respected that.”

And it seems the feeling was entirely mutual, as his co-star Jen, 52, also opened up about how she felt, saying: “It was reciprocal.”