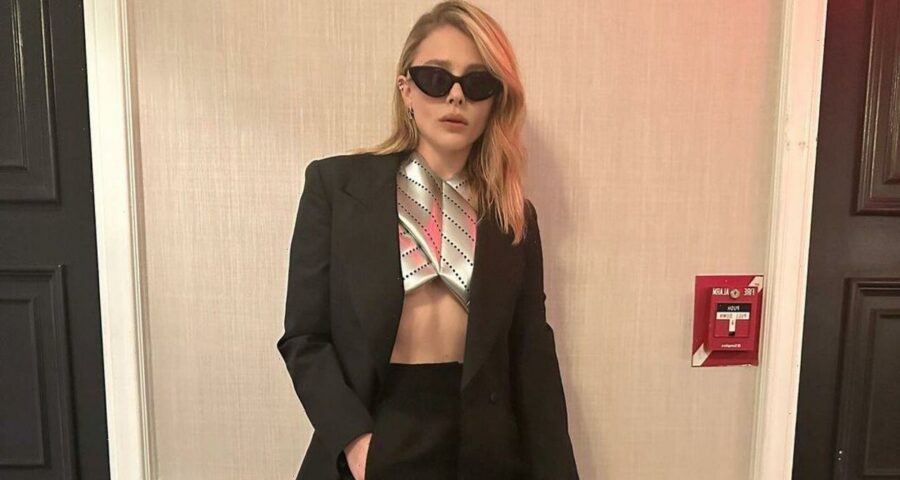 The ‘Clouds of Sils Maria’ actress claims she is entering a ‘f*** it era’ as she is back to work after turning down a lot of job opportunities in the past few years.

AceShowbiz -Chloe Grace Moretz is in a great place where she worries less after deciding to focus on herself. The actress, 25, says she landed on a so-called “f*** it era” after cutting back on work and getting back in touch with her body.

“What’s fun about this job is that it should change with how you grow. I read a ton of scripts and had a ton of meetings this year, but I just did not find a project that connected with me,” she told NME. “And this is the first time, outside of the pandemic years, when I actually just effectively chose not to work.”

“That was really scary and brought up a lot of insecurities in my body, but it’s important for me to sit back and trust how I’ve been planting the seeds, and now I’m finally able to reap what I’ve sown. And I need to just trust myself. I’ve been calling it my ‘f*** it’ era!”

Chloe added about stopping exercising before she jumped back into training while shooting her newly released Amazon Prime sci-fi series “Peripheral“, “From 2016 to early 2018, I’d stopped training for the first time in my life. I felt really out of touch with my physicality, and that’s a really big edge to who I am.”

“Over the course of the last couple of years, I’ve really ramped it up again. I’d get home from doing ‘The Peripheral’ and jump into Muay Thai (boxing), and I now do about five days a week almost consistently. I’ve been doing Muay Thai, judo and mixed martial arts. Judo in particular has really changed my life. I feel a lot more steady and grounded.”

Chloe added she is “continuing to learn a lot about who I am” as she gets older, including how to speak up on set. She said, “I’ve learned how to use my voice, what that looks like on set as well as what that looks like when you’re put into a situation where you have people that listen to what you say, and that your words have weight to them.”