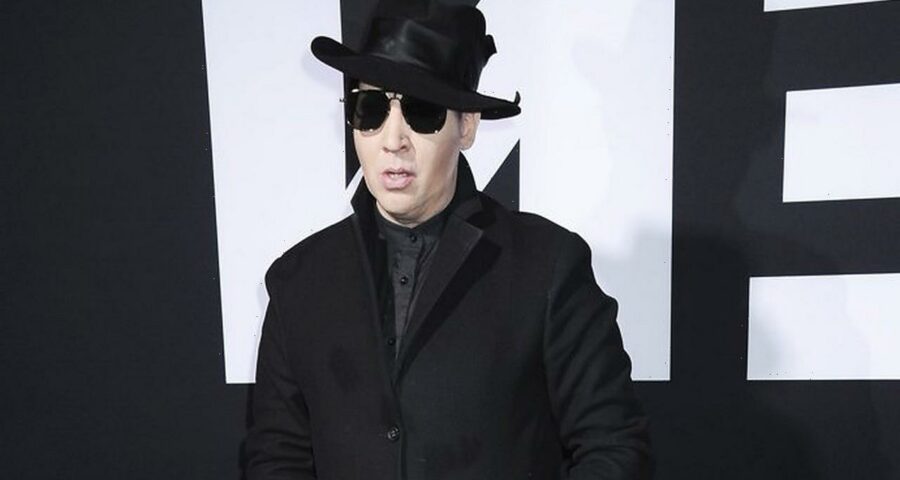 The shock rocker is facing new damning accusations by another former girlfriend, just a few days after his ex Esme Bianco launched a sexual abuse lawsuit against him.

Smithline claims she first connected with Manson in the summer of 2010, when he approached her about an acting gig while she was working in Asia, and she quickly fell for his “endless intelligence.”

However, she alleges their relationship soon turned abusive, accusing Manson of biting, whipping, and cutting her, while he even reportedly carved his initials into her thigh, which has left her scarred.

“I was brainwashed, and it makes me feel disgusting,” she told People magazine.

Smithline goes on to detail a blood pact the pair apparently made. “He cut me on my stomach and then drank my blood. Then, he had me drink his,” she shared. “The more I let him hurt me, the more I loved him and the more I was proving myself to him.”

She was even sent to a glass, soundproof area called “the bad girls’ room” whenever she “p**sed him off,” and claims she was sexually violated while she slept.

“He kept telling me, ‘You can’t rape someone that you’re in love with,’ ” Smithline said.

The two-year experience has left her suffering from post-traumatic stress disorder and night terrors, and she now realises Manson was the “most terrifying monster in the world.”

“I’m not a victim. I’m a f**king survivor. I want people to know who he is, and it’s worth it if not one more woman gets hurt again (sic).”

Smithline is the latest woman to detail allegations of abuse against Manson, following similar statements by actresses Evan Rachel Wood and Esme Bianco, but his representative has fired back at her tell-all interview, insisting it’s full of lies.

“There are so many falsehoods within her claims that we wouldn’t know where to begin to answer them,” the spokesperson for the “Personal Jesus” hitmaker told the publication.

Manson’s attorney, Howard E. King, also fought back against the legal action, declaring they will “vigorously contest these allegations in court and are confident that we will prevail.”

For his part, the singer previously explained all his relationships have been “entirely consensual” and accused his alleged victims of trying to “misrepresent the past.”