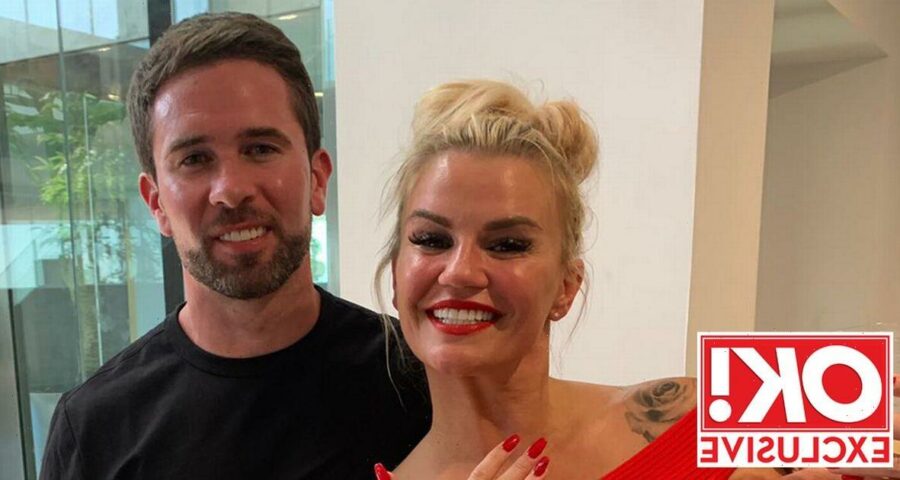 After suffering from a secret miscarriage in 2017, Kerry Katona says the heartbreaking ordeal has put her off getting pregnant again – and she fears she may not even be able to.

Kerry, 42, has revealed that she and her fiancé Ryan Mahoney, 34, are considering having their first child via surrogate.

“I’m not ruling out having more children,” she tells us. “I definitely wouldn’t carry one but I’d definitely have a surrogate. In fact, I have a meeting soon to speak about my eggs. I want to freeze them. Nothing is set in stone. Ryan has to get his sperm checked and I have to see if I have enough eggs.”

She tells us: “I haven’t fallen pregnant in four-and-a-half years with Ryan, so it will be interesting to see what happens after our meeting. I’ve always been fertile but I’m getting older now. We’re not putting any pressure on it. If it’s meant to be, it will be.”

Kerry revealed that she suffered a heartbreaking miscarriage after a secret pregnancy in 2017.

The singer emotionally opens up in her new memoir, Kerry Katona: Whole Again, where she writes that she became pregnant during a relationship with a mystery man after her split from ex-husband George Kay.

She had planned to have an abortion before making the decision to see the pregnancy through, however she miscarried when she was in India for a performance after being threatened with a fine of £20,000 if she didn't do the gig.

In an extract of the memoir,. Kerry said: “I was taken to hospital again, in this foreign country, where I was told the foetus was still in me and she still had a very, very faint heartbeat.

“There was nothing the doctors could do. I stayed in hospital for a couple of days until eventually there was no heartbeat anymore.“

Kerry added that she was "on the verge of miscarrying" as "that child had not survived" before having an operation to terminate the pregnancy by a "kind doctor".

Kerry added: "Now remember, at this point I was a mum of five, my babies were – and still are – absolutely everything to me and it went against every single maternal instinct I had, but I knew this child was not meant to be.“