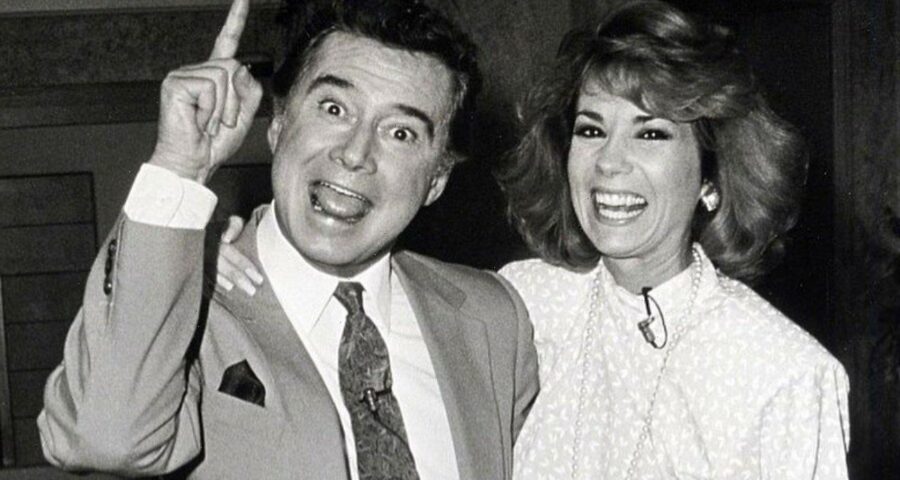 Paying tribute to her former ‘Live! With Regis and Kathie Lee’ co-host on what would have been his 91st birthday, the former ‘Today’ anchor calls the late comedian ‘an extraordinary man and life.’

AceShowbiz –Kathie Lee Gifford misses the “amazing” late Regis Philbin. The former “Live! With Regis and Kathie Lee” star honored her colleague on what would have been his 91st birthday on social media, calling it a “particularly difficult day” after he died aged 88 in 2020.

The 69-year-old television personality wrote on Instagram on Thursday, August 25, “I miss Regis every day. But this is a particularly difficult day as we remember this amazing man who would have been 91. Kathie Lee offered her “love” to his wife Joy and his other loved ones, labelling the former “Who Wants to Be a Millionaire” game show host “an extraordinary man.” She continued, “Sending love to Joy and the rest of their family as they celebrate an extraordinary man and life.”

Last April, “The Way” star reflected on how much she knows that Regis and her late husband, the NFL legend, Frank Gifford were “rejoicing” together while they looked down on her from heaven. Kathie Lee said, “I thought about him yesterday, and how sweet God was to let me have lunch with him two weeks before he passed. He and Frank are upstairs, way upstairs with my mom and dad and everybody else I’ve lost. They’re all rejoicing with me.”

She also labelled Frank, the father of her two kids, daughter Cassidy, now 29, and son Cody, now 32, “the most modest” person she’s ever met. Kathie Lee said, “He never was, and it was my favorite thing about him. He was the most modest individual I have ever known. He was, and ’cause you know why? He was grateful. He’d grown up poverty stricken in the dust bowls of Oklahoma and California and Texas. His father was an oil worker. And they ate dog food and were grateful for it at times, so that’s what I don’t see when I look around the world today in young people, and there are some, but this attitude of entitlement — it just makes me sick.”