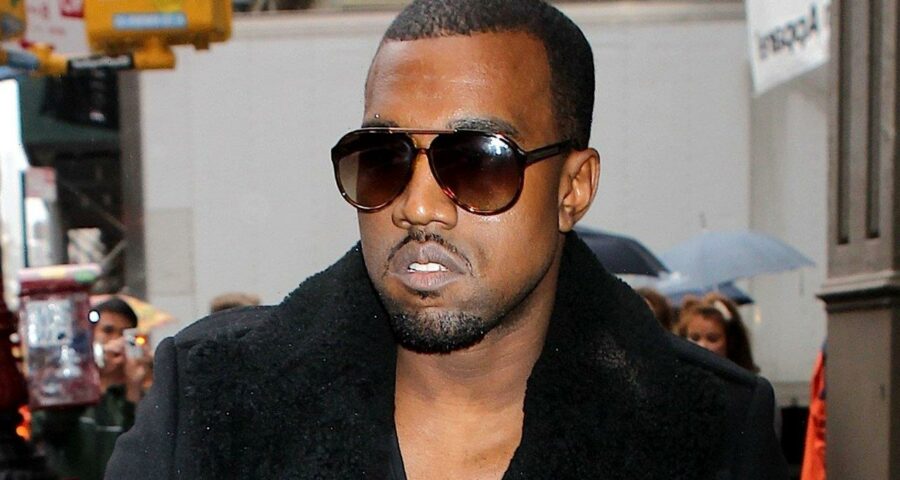 The ‘Famous’ spitter, who was previously banned from the platform due to his anti-Semitic comments, takes to his account to apparently fire back at Gap and Adidas after they both cut ties with him.

AceShowbiz –Kanye West has made his return to Instagram after being banned from the platform due to his anti-Semitic comments. On Wednesday, October 26, the “Jesus Is King” artist took to his Instagram account to apparently share a message to Gap and Adidas after they both cut ties with the rapper-turned-designer.

In his post, Ye posted a screenshot of texts from someone who seemed to be from Quinn Emanuel. The law firm’s person told the musician, “As to adidas, you can start to make new designs for footwear, apparel and accessories immediately. As to Gap, the non-compete expires December 15, 2022. You own the Yeezy name and all trademarks associated with Yeezy.”

Meanwhile, the Yeezy designer wrote in the caption, “I haven’t got supermodel p***y in over a month. Please send help.” In true Ye’s fashion, the post has since been removed from his page.

While people were wondering the correlation between the caption and the content of the text messages, it’s safe to assume that Kanye was firing back at Adidas after it was reported that the brand plans to sell existing Yeezy products without the name. Some people believed that Ye wanted people to know that he’s the owner of Yeezy.

Supporting the “Donda” artist, one fan wrote in an Instagram comment, “Ye ain’t going nowhere, Yeezy independent.” Another user wrote, “basically this man said he can’t be stopped and he want the next supermodel to ride dat yeezy dck.”

Prior to this, analysts at Morgan Stanley and RBC Capital Markets stated that Adidas would most likely continue selling the rapper’s existing Yeezy product designs using its own branding. “Looking ahead, on our understanding, the company will not sell any Yeezy-branded products and all Yeezy products will be branded under the Adidas brand,” analyst Edouard Aubin said in a statement to clients on Tuesday, October 25.

Adidas announced its decision to end their partnership with Ye in a statement on Tuesday. “Adidas does not tolerate antisemitism and any other sort of hate speech. Ye’s recent comments and actions have been unacceptable, hateful, and dangerous, and they violate the company’s values of diversity and inclusion, mutual respect, and fairness,” the brand, which launched his first pair of Air Yeezy sneakers with the shoe brand in 2013, said.

“After a thorough review, the company has taken the decision to terminate the partnership with Ye immediately, end production of Yeezy branded products and stop all payments to Ye and his companies. Adidas will stop the Adidas Yeezy business with immediate effect,” it continued.