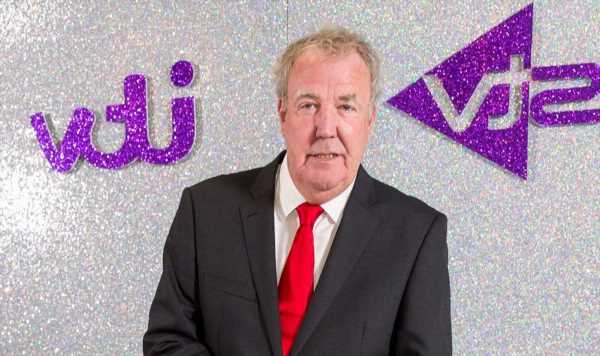 Jeremy Clarkson, 62, says there could be a “nasty surprise” if Buckingham Palace officials don’t “read the room” for the Coronation of King Charles III and Camilla next year. The Palace has indicated that the ceremony will be “rooted in long standing traditions” but will also “reflect the monarch’s role today and look towards the future”.

With a more low-key ceremony expected, Jeremy has shared why he thinks officials need to be “at the top of their game” when it comes to planning.

The presenter began by mentioning that the cost of the Queen’s funeral sparked backlash as many pointed out the cost of living crisis.

Charles’ coronation will be the first in 70 years following his mother’s death aged 96 last month.

The late monarch died at Balmoral Castle after being under medical supervision.

Traditionally, the most solemn part of the service is when the Archbishop anoints the Sovereign with holy oil on the hands, the breast and the head.

Jeremy said the “idiotic” gesture “makes no sense”, as he claimed: “This is the bit Charles has to work on.”

In his column with The Times, he added: “This is where Charles needs to start. Weeding out the nonsense and turning what was conceived a thousand years ago as some industrial-strength God-bothering into a bit of a party.

“We’ve just had the Queen’s funeral, where there was much sombreness and a lot of the baby Jesus, so we won’t be needing any more of either in what will be just a few months’ time.”

He went on to say: “Usually the Palace’s stuffed shirts are pretty good at reading the room. And I hope they’re at the top of their game now, because if they’re not, they’ll be in for a nasty surprise.

“The streets are not going to be lined with thousands of flag-waving well-wishers as Charles goes past in his golden coach.

“It’s even possible [Liz] Truss won’t close the roads, so he’ll have to stop at the lights while Cycling Mikey remonstrates with his latest victim and the police don’t unglue someone called Tarquin from the tarmac.”

He went on to urge the Palace to “lower expectations” and go for a “village hall feel” instead.

Jeremy admitted he was lost for words following the Queen’s death on September 8.

In his column at the time, he went on to share his memories of the late monarch.

He began by telling readers he had struggled to sleep on the day it was announced and went on to call the Queen “our unchanging rock”.

Reflecting on her 70 years on the throne, he added: “What’s truly incredible is that she never really changed.

“It was pointed out this week that she never went out of fashion because she was never in it.

“That is so true. And so admirable.”

Jeremy also pointed out that Her Majesty had also “never even changed her hair”.

He continued: “I loved her for that, the fact that she very obviously chose her outfit to suit the prevailing weather conditions, not the latest issue of Vogue.”