Baby on board! Actress Jennifer Lawrence, 31, covered up her growing baby bump when she stepped out recently in New York City, hiding her pregnant belly under an oversized sweatshirt. The Silver Linings Playbook star, who is expecting her first child with husband Cooke Maroney, 37, went for a stroll in Manhattan on Wednesday, October 6, looking chic in a matching beige outfit with designer duds that topped off the look. 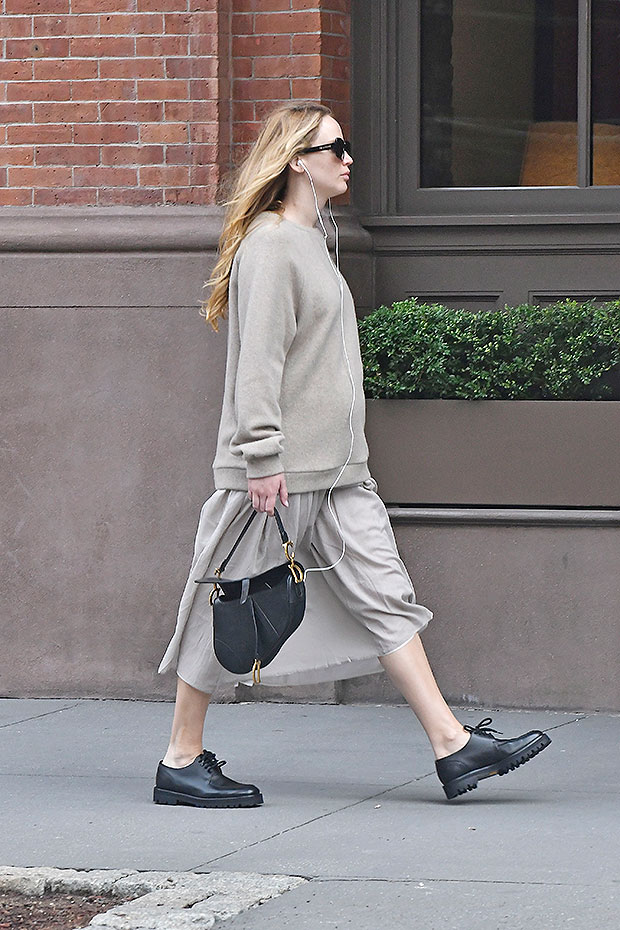 Jennifer, who officially announced her pregnancy in early September, opted to hide her baby bump in the getup, which consisted of a beige, crewneck sweater and a flowing, matching midi skirt. The Mother! star paired the outfit with black oxford shoes and a black leather Christian Dior saddle bag, also sporting some rectangular sunglasses. Jennifer also wore some wired headphones for the stroll, which, as Vogue suggests, may be coming back in style! 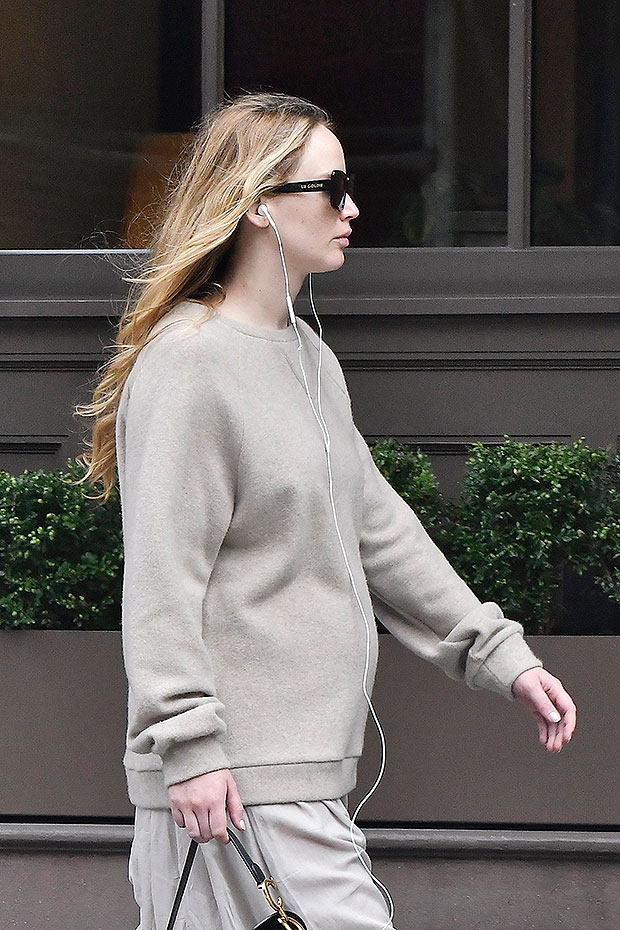 Although Jennifer opted to cover herself up for this outing, she was recently spotted with her growing bump on display on October 3, sporting a black crop top and leggings as she headed to a workout class in New York City. The mom-to-be also accessorized that look with a pair of cool, peach-tinted shades and casual black slides.

Jennifer and Cooke’s baby announcement came almost two years after the couple married in an intimate ceremony in Newport, Rhode Island. The 150-guest wedding, which took place in October 2019, was a star-studded affair, including a celebrity guest list of names like Kris Jenner and Corey Gamble, Emma Stone, Amy Schumer, Adele, Nicole Richie and Joel Madden, and more.

As fans can recall, Jennifer’s love story with Cooke began in June 2018 after they were reportedly set up by her best friend, Laura Simpson. Cooke, the director of New York’s Gladstone64 art gallery located in New York’s Upper East Side neighborhood, popped the question just eight months later. We’re so excited for the sweet couple to welcome their first child!