Sophie Turner’s face was lit up as she happily played with her adorable daughter Willa while sitting down at an outdoor table at a restaurant in New York City.

Sophie Turner, 25, looked like the most doting mom during her latest outing! The actress brought her sweet one-year-old daughter Willa to lunch with her in New York City and they shared a tender moment. In one photo that was snapped, the Game of Thrones star can be seen sharing a big smile while looking holding and looking at her precious bundle of joy. 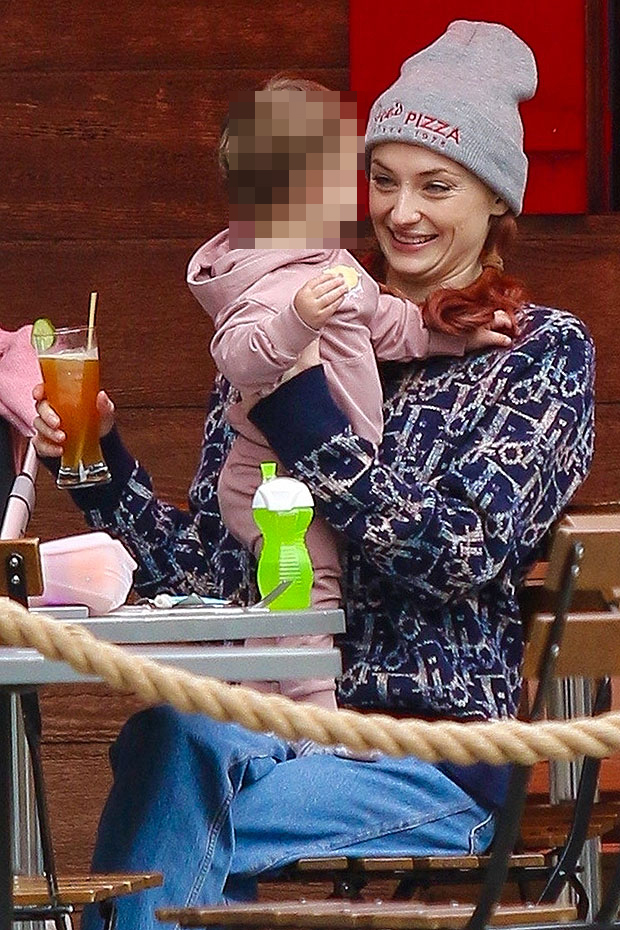 Sophie looked stylish in a black patterned sweatshirt, jeans, and a gray knitted cap as her red locks, which were tied into a low ponytail, hung down her shoulder. Little Willa wore a pink hoodie and matching pants as well as matching patterned socks as she looked at her mom and balanced her feet on her legs.

It’s not clear if Willa’s dad Joe Jonas, 32, was with the duo since he wasn’t pictured, but he’s often seen out and about with them on many occasions. He’s been on tour with his brothers for their band the Jonas Brothers and has taken his family along with him. The group recently showed off a post full of photos from their show at Fenway Park in Boston, MA and they looked like they were having a great time. 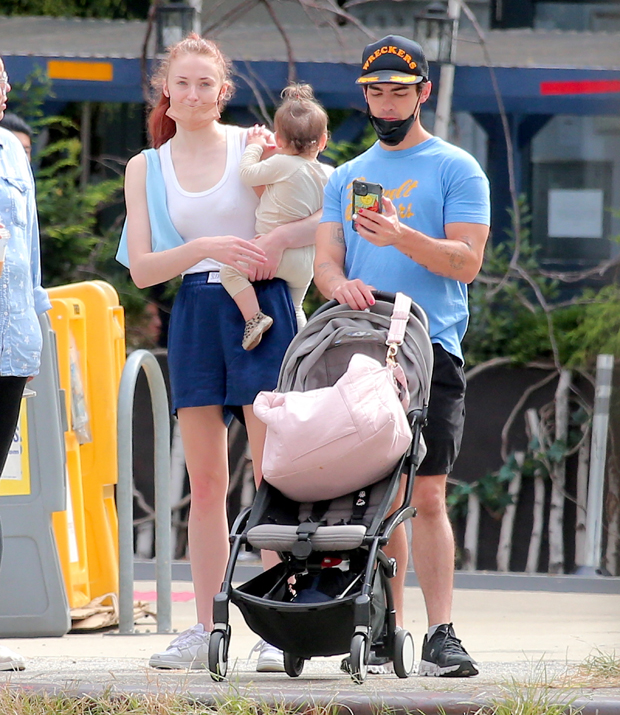 When they’re not on the road, however, Sophie, Joe, and Willa are enjoying quality time at their home. The proud parents recently bought an $11 million mansion in Miami, FL and it has six bedrooms and eight and a half bathrooms. The luxurious property is also on the oceanfront so they will surely be spending a lot of their days gazing out at the water and taking in the beauty of where they are!

Sophie and Joe’s latest purchase comes two years after they got married. The young couple welcomed Willa last year and have become one of the cutest little families in the celeb universe! We can’t wait to see what else they get up to!