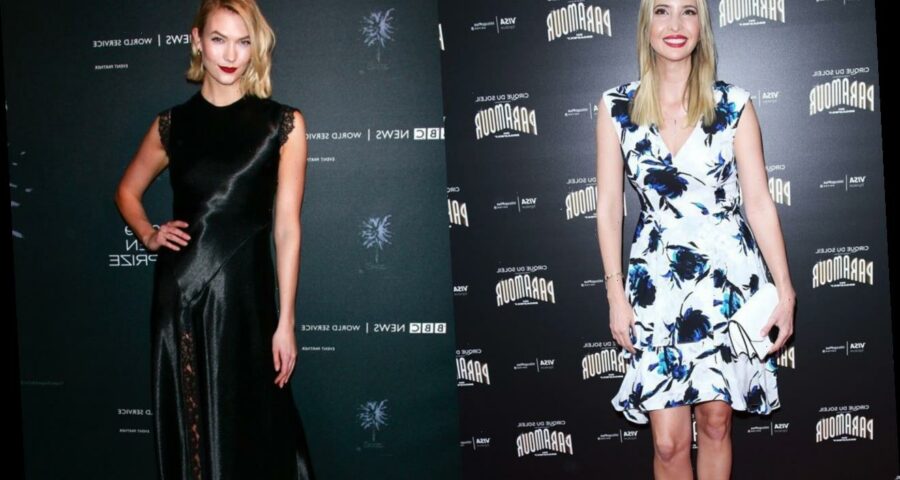 It is also said that the First Daughter and the Victoria’s Secret model ‘are very close and they really enjoy each other’s company’ and avoid discussing politics in private.

AceShowbiz –Karlie Kloss‘ shady tweet didn’t sit well with Ivanka Trump. Following the violent riot at the U.S. Capitol on Wednesday, January 6, the model wife of Josh Kushner took to Twitter to apparently slam Donald Trump who is still refusing to admit his loss at the 2020 presidential election.

According to a source, “the tweet was brought to Ivanka’s attention and she was mostly surprised because they’re so close and talk on a regular basis, but never really about politics.” The insider went on to tell Page Six, “Karlie likes to position herself publicly as an activist, yet she’s never approached Ivanka on any of the issues she’s championed like paid maternal leave, women in STEM and criminal justice reform.”

In the said tweet, Karlie, who is a Joe Biden supporter, alluded that she reached out to his in-laws in attempt to made them acknowledge the Democrat’s victory, though the source claimed that it was false. “Implying she has tried to discuss her different views is simply not true. Karlie is public with her politics, but privately shies away from discussing them,” explained the source.

The informant also noted that Ivanka and the Victoria’s Secret model “are very close and they really enjoy each other’s company, so Ivanka is hurt.” The source added, “Understandably, the moments of the day left everyone feeling fraught and upset, but Ivanka would of course be open to hearing from Karlie about her views.”

Karlie, who married the brother of Ivanka’s husband Jared Kushner, made sure that she’s against the Republican mob by criticizing POTUS on her tweet on Wednesday. “Accepting the results of a legitimate democratic election is patriotic. Refusing to do so and inciting violence is an anti-American,” so the 26-year-old wrote. When one of her followers asked Karlie to “tell your sister in law and brother law,” she simply responded, “I’ve tried.”

Doubling down on the shade, it was likely that the model used the word “patriotic” in purpose to shade Ivanka. The advisor to the president was slammed online after calling the mob “American patriots” in a now-deleted tweet.

Indian-origin youth in Singapore detained for planning to attack Muslims at two mosques
We and our partners use cookies on this site to improve our service, perform analytics, personalize advertising, measure advertising performance, and remember website preferences.Ok