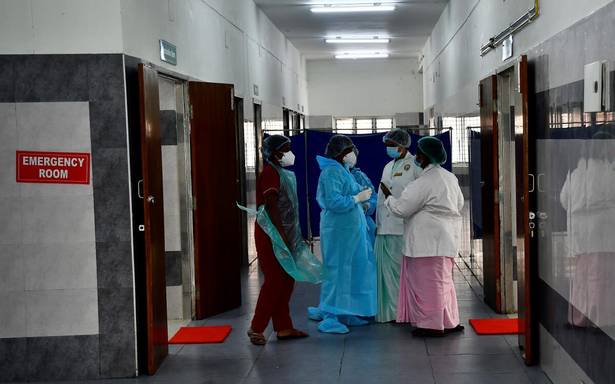 PM Modi to chair a meeting with CMs on vaccine rollout plans.

As the date of rollout of COVID-19 vaccines in India near, the Prime Minister’s office said that PM Narendra Modi will chair a meeting with the Chief Ministers of all the States on January 11 to discuss the coronavirus situation and vaccine rollout preparedness in the country.

The meeting comes days after Health Minister Harsh Vardhan said that the government was ready to roll-out vaccines for the priority group soon.

Domestic airfare limits to remain in place till March 31

The upper and lower limits on domestic airfares will remain in place till March 31, the Ministry of Civil Aviation said on Friday.

The ministry had on May 21, 2020, placed these limits through seven bands, classified on the basis of flight duration, till August 24. Later, they were extended till November 24, and then till February 24, 2021.

It is heartening to note that the number of COVID-19 positive cases in the State is on the decline. Yet, it is advisable to err on the side of caution and avoid being complacent by allowing 100% occupancy in cinema halls, the Madras High Court said on Friday.

Within hours after Chief Justice Sanjib Banerjee and Justice Senthilkumar Ramamoorthy observed so in an interim order, the State government withdrew a decision taken by it on January 4 to increase the permitted seating capacity in cinema halls from 50 to 100%.

Submit plan to check coronavirus spread during Magh Mela: HC to UP govt

The Allahabad High Court has asked the Uttar Pradesh government to submit a foolproof plan by which it intends to check the coronavirus during the upcoming Magh Mela in Allahabad.

The court direction came after the Uttar Pradesh chief secretary on Thursday informed the court that people will be allowed to enter the defined Magh Mela area only after they produce a negative coronavirus report.

However, a Division Bench comprising Justices Siddhartha Varma and Ajit Kumar observed that after having gone through the instructions submitted by the government, they are not convinced that the steps being taken by the State will be sufficient to stop the infection spread.

Fixing January 12 as the next date for hearing into a PIL on this, the court directed the State government to come up with fullproof methods by which it intended to control the spread of the infection.

“They may keep in mind that such congregations during month of Magh are very large in number and if even one infected person sneaks inside the city, he can create havoc,” the Court added. – PTI