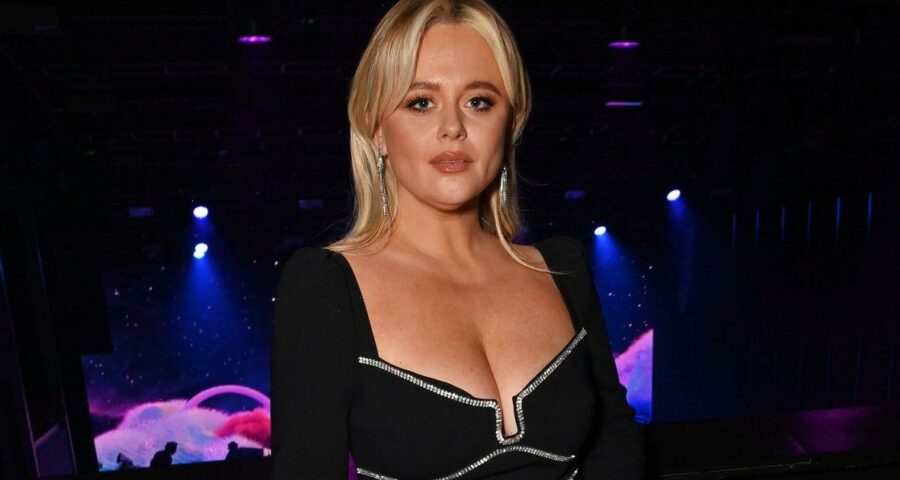 Emily Atack has jumped to the defence of her "best mate" and ex Seann Walsh, who is currently spending his time in the Australian jungle as he takes part in this year's I'm A Celebrity…Get Me Out of Here!.

Former Inbetweeners star Emily, 32, implored her fans to vote for Seann, 36, to stay in the jungle, after the public was asked to vote for the first celebrity to be evicted from the jungle – which turned out to be Loose Women panelist, Charlene White.

She took to her Instagram stories to share a snap of comedian Seann looking stressed as he leaned back with his eyes closed as he puffed up his lips and blew out some air.

Alongside the snap, Emily wrote: "Seann – one of my best mates. I AM TELLING YOU he is a f*****g good man. Keep him in @imacelebrity."

Seann did survive the public vote, and looked pleased as Ant and Dec read him their famous line of: "It's not you."

Eventually, it was between Charlene and Coronation Street's Sue Cleaver, with Charlene being announced as the first star to leave the show.

Seann and Emily dated in 2015 and have stayed pals since their split. They were spotted together as recently as July, as they enjoyed a two-hour lunch in London.

Seann is one of two controversial signings for I'm A Celebrity, arriving with MP Matt Hancock, 44, a few days into the series.

Both have faced their fair share of controversy, with Seann finding himself at the centre of a scandal in 2018 when he was caught kissing his Strictly partner, Katya Jones, when they were both in a relationship.

Former UK Health Secretary Matt was forced to resign from his role in 2021 when he was caught cheating on his wife, Martha Hoyer Millar, with his aide Gina Coladangelo, breaking his own social distancing restrictions.

Prior to entering the jungle, Seann explained that his pregnant girlfriend, Grace Adderley, convinced him to sign up.

“Grace is the main reason why I am doing I’m A Celebrity,” Seann told The Mirror.

“As you can imagine I was very scared after the last time I was on a big show because the fallout was not something you would want to go back to.

"Grace talked me into doing it. She convinced me it was the wrong attitude to have, not doing it because I feared what people would think, but to do it because I would have a wonderful time."

Referring to the Strictly incident which led to him splitting from then-girlfriend Rebecca, he added: "People have voiced their feelings about me and I am hoping they will see I am very different. I want to create new memories.

“I want to make some new friends and new memories and have a nice time.”

Im A Celebrity…Get Me Out Of Here! airs everyday on ITV at 9pm.