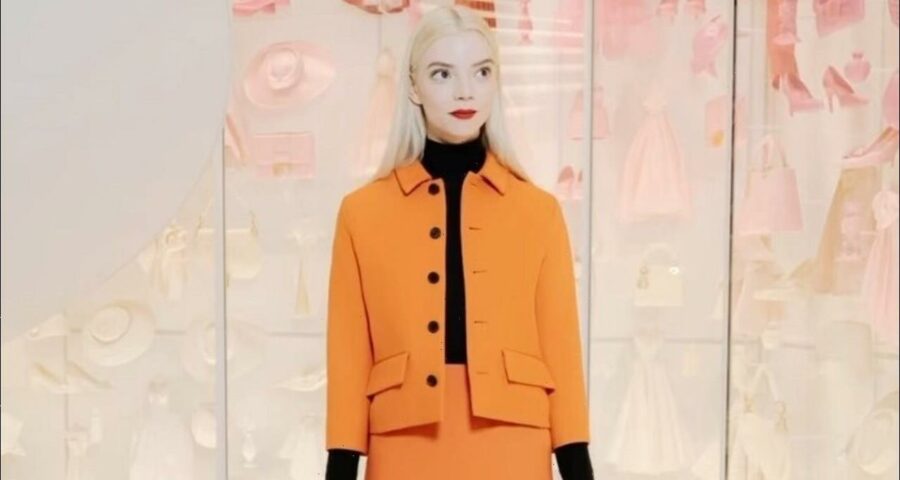 In a new interview, the ‘Queen’s Gambit’ actress explains why she always manages to annoy her companions when they are watching movies and television together.

AceShowbiz –Anya Taylor-Joy calls herself “absolutely insufferable to watch movies and television with.” The 26-year-old actress has a knack of predicting plot twists in films and TV shows – but that wasn’t the case with her latest movie, “The Menu“.

“With this film I really couldn’t and I just thought, I want to be there, I want to be a part of this unique experience and see how they pull it off.”

Anya relished the experience of shooting the Mark Mylod-directed film. She told Sky News, “One of my least favourite things in any situation is any kind of hierarchy.”

“And my favourite sets to be a part of are the ones where your title doesn’t stop at actor, you are just a creative that is there to muck in with everybody and hopefully make something much better than you ever could by yourself. And I think having that kind of mentality just, yeah, it keeps your feet on the ground.”

Meanwhile, Anya recently revealed that she thinks she’s “weird-looking.” The actress has enjoyed huge success over recent years, but she doesn’t think she’s “beautiful enough to be in films.” She said, “I have never and I don’t think I will ever think of myself as beautiful.”

“I don’t think I’m beautiful enough to be in films. It sounds pathetic and my boyfriend warns me people will think I’m an absolute d*** for saying these things, but I just think I’m weird-looking. I won’t go to the cinema to watch my own film, I’ll watch it before. The beauty of being in your own skin is that you don’t have to look at your own face.”