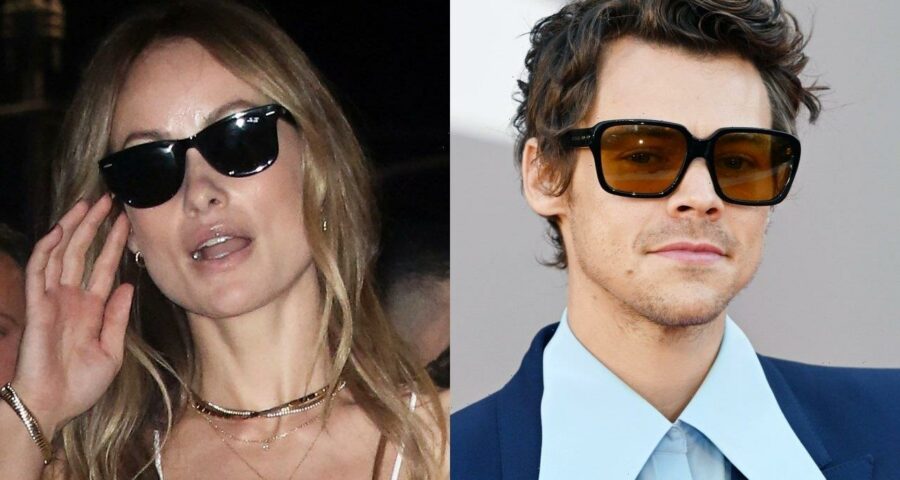 It’s reported last month that the singer and the filmmaker have talked about their upcoming engagement as they’re taking their relationship to the next level.

AceShowbiz –Harry Styles and Olivia Wilde apparently will live together in the U.K. soon. The singer/actor and his girlfriend have given major hints that the “Don’t Worry Darling” director will relocate to London.

The Sun reported on Thursday, October 6 that Olivia visited a school in North London, suggesting she wants her children Otis and Daisy, whom she shares with her former fiance Jason Sudeikis, enrolled there.

“Harry and Olivia are completely committed to each other and want to spend as much time together as possible,” a source told the outlet. “Obviously they both lead very busy lives, with Harry spending huge amounts of time on tour and Olivia leading a successful career in film, as well as frequently flying out to see him.”

The insider further pointed out that “the kids are always her first priority, so basing them in the U.K. is a viable option for their future, given she sees that with Harry, who wants to stay in London.”

The informant also claimed that Olivia “has spoken to Jason about it” because “it’s important to the kids’ dad.” The so-called source shared, “It sounds like they have agreed London is the best place. Nothing has been signed and sealed yet but they are strongly considering the move.”

Olivia has been back in Los Angeles this week while Harry has been playing shows across the U.S. as part of his “Love on Tour” shows. He will have two months off from the middle of December then another couple of months to himself in the spring before his next lengthy run of European shows.

Last month, it’s reported that the couple had already talked about engagement. “Harry and Olivia have talked engagement, but they’re in no rush to get engaged,” a source told Us Weekly, noting that the former One Direction member not looking to “get married and start a family” any time soon though he “wants children of his own one day.”

The lovebirds made their public debut at the wedding of the musician’s agent Jeffrey Azoff in January 2021. In August, Olivia revealed that she and Harry are determined to keep their relationship out of the spotlight.

“I’m not going to say anything about it because I’ve never seen a relationship benefit from being dragged into the public arena,” said the 38-year-old actress/filmmaker. “We both go out of our way to protect our relationship. I think it’s out of experience, but also just out of deep love.”