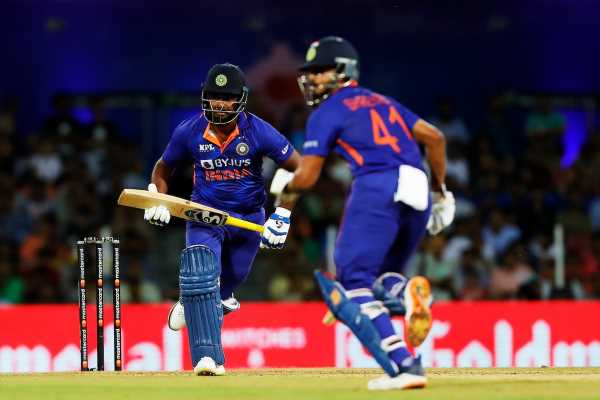 Sanju Samson played one of the most defining knocks of his international career as he scored an unbeaten 86 in the first ODI game against South Africa at the Ekana cricket stadium in Lucknow.

With 30 needed off the last over, Samson brought India close to a win, but South Africa won the match by nine runs and took a 1-0 lead in the series.

Sanju was hailed for his batting former players and fans. Take a look: 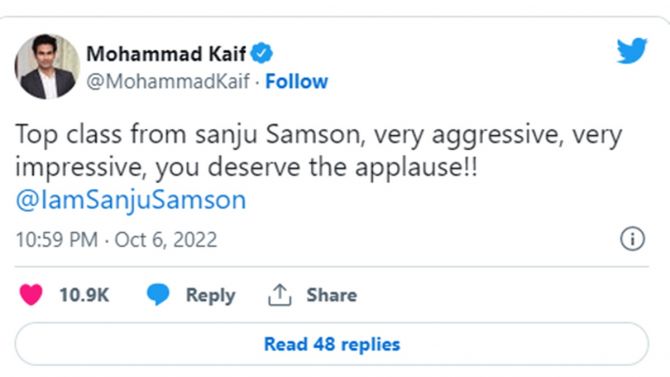 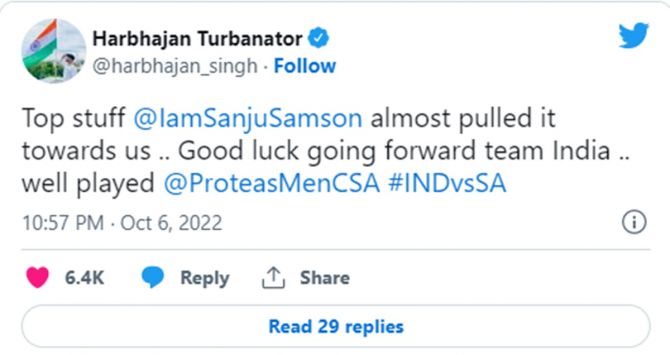