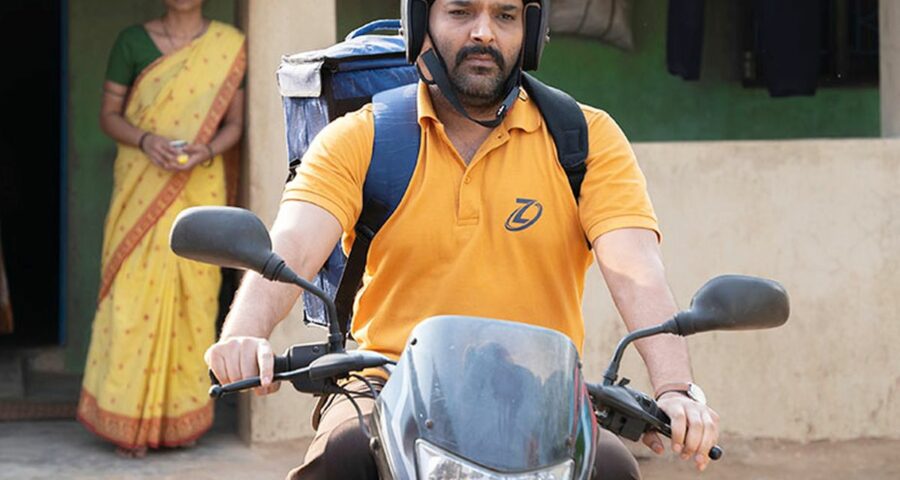 Kapil Sharma has made a career laughing at and with Bollywood stars like Shah Rukh Khan, Alia Bhatt, Anushka Sharma and Akshay Kumar.

Then one day, out of blue, he got a call from Nandita Das, one of the leading faces of indie Indian cinema.

Das offered Sharma the lead role in her new film Zwigato and the comedian accepted the challenge.

Zwigato — Das’ third film as a director — recently premiered at the Toronto International Film Festival. Das co-wrote the film with her friend Samir Patil, the CEO of Scroll.

Zwigato is a tale of a working-class couple coping with the economic downturn because of the pandemic.

After Manas (Sharma) loses his factory job, he becomes a food delivery man for a company called Zwigato driving his motorcycle around Bhubaneswar.

He earns Rs 15 per delivery, carrying food from restaurants and dealing with impatient customers.

Meanwhile his wife Partima (a radiant Shahana Goswami) gets a cleaning job in a mall in the city.

Kapil Sharma is a revelation in Zwigato, playing a quiet, brooding character, far removed from his popular, but loud comedy shows. There is a real actor in him that no one had explored.

“Comedy shows are my bread and butter. But because of that, I was motivated to look for something else to do” Kapil tells Aseem. You know Kapil, Nandita Das told me that she had never seen any show of yours. Then she watched a clip of yours with Karan Johar at an awards function and she was somehow convinced that you would be her Manas. But had you watched any film with Nandita?

Yes, I had seen her in 1947 Earth and Monto, which she directed.

You hear the names of actors and film-makers.

When Fire was about to be released I was in the 10th standard. There was a lot of controversies and so I was curious to see that film.

I had no idea what issues the film dealt with.

These days kids in the 10th class are very smart. At my time there were no social media. I was 14 and living in a small city, so there was this curiosity.

When the offer came for Zwigato, I thought about it and realised that perhaps this was the only time someone would offer me a serious film. And this offer was coming from Nandita Das.

I knew I would be in a safe hand.

She is so well known in her field, so she will let me stay honest to the plot and character. She wouldn’t let me flounder.

You have such a successful career and your show’s success is essentially based on all the big stars who appear as guests. So why did you even have to act in a small-budget film?

I am over 40 now. I acted in some plays while I lived in Amritsar and also in Delhi.

I had never planned to take up comedy as a career choice.

I wanted to become a singer. My father also felt that.

I would sometimes get to sing in the theatre.

Actually, those plays hardly had any budgets so anyone who could play the dholak and sing a little bit would get a chance.

But you have real skills in comedy. You are genuinely funny.

I think everyone is doing comedy in our city. 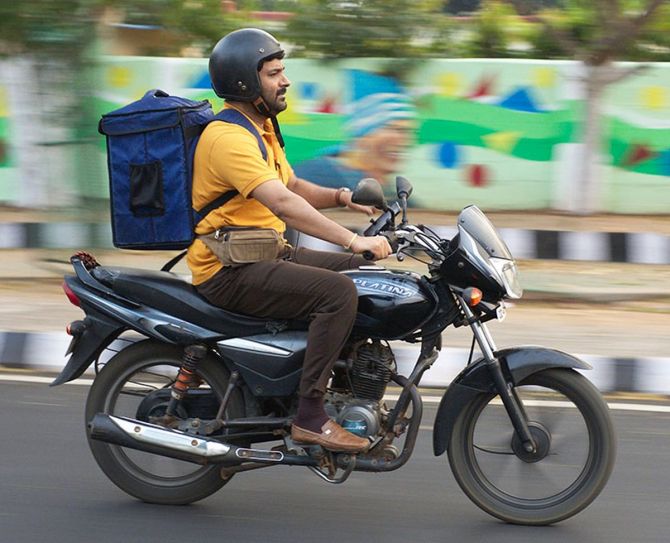 I have seen many episodes of your show. I know much of the show is scripted, but I am amazed at your quick responses. That’s Kapil Sharma’s mind speaking.

I really enjoy that. Even interacting with the audience.

They are like me — from Rajasthan or Punjab. It gives me a lot of satisfaction. So you can relax and make a lot of money.

You have bought a house, a car. But I am not a businessman. I am an artist. And somewhere I need that kick.

We just launched our new season in early September and I had to record quite a few shows and bank them.

Before that, I was in Australia doing live shows. But here at TIFF, I saw the film for the first time.

I really wanted to see how I looked. That thing about doing something new, I think that is really important in the life of an artist.

Do you think you have taken a risk? Could an art-house indie film like this impact your television career?

I recently told my wife, if this film doesn’t work, I will not lose anything. But if it succeeds and is a hit then I will get a lot from it.

Comedy shows are my bread and butter. But because of that, I was motivated to look for something else to do. Socha kitchen safe hai. Pange lete hain thode se.

Someone asked weren’t you afraid? I said why should I be afraid? Woh dukaan to apni chal hee rahi hai. I am just adding on to that. 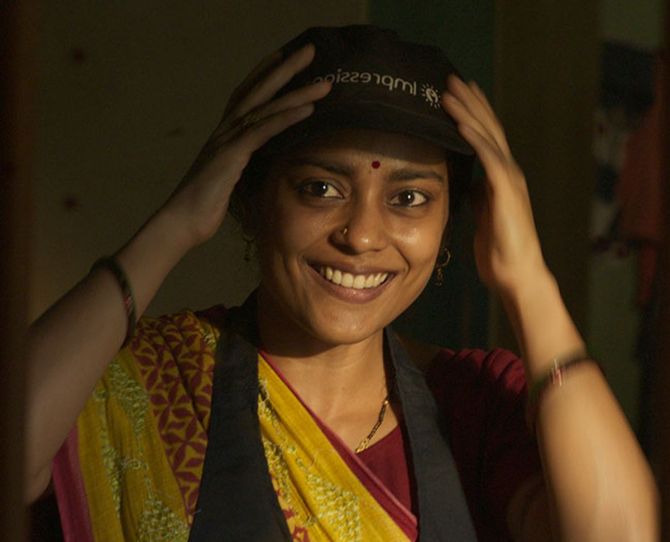 I am sure many people will come to see the film only because you are acting in it.

I am sure my fans will come to see the film at least once.

I saw the film and I am a good critic of my own work.

I can tell you Nandita has made a very good film. I really enjoyed watching it.

While I watching the film, I kept saying to myself. ‘If I do this scene again, I will do it better.’

I told Nandita that, and she said ‘You sit down. Everyone feels that when they see themselves on the screen. Even I think that I could have directed a better film.’

How much did you know about delivery people before you worked on this film?

We see delivery guys when we step out, but I had never given much thought to them.

You usually don’t think about the delivery guys who come to your home.

Sometimes you don’t even say thank you. But Nandita has beautifully shown the lives of those around us, the struggles in their lives.

But as a celebrity how did you connect with them?

I feel that first of all we are human beings.

I have never worked as a delivery man. But delivery people live around us.

I have worked in a factory. People would sometimes treat me badly as well.

If someone is working for you, and you don’t say thank you, but at least treat that person properly.

But how did you know you could become this quiet, brooding, character? TIFF has promoted a clip with you and Shahana sitting in the bedroom, talking about your finances. Shahana has been in many films, but when I saw the clip I thought ‘Where did Kapil Sharma learn to act like this?’ When you watched yourself did you wonder you could perform like that?

I have to give credit for this to Nandita.

I am used to talking a lot in my professional life. But in this film you only speak what is written in the script.

She wrote a beautiful script with nuanced characters.

I also think once you wear the costumes of the character, his worn shoes, ride the bike, you can transform into that person.

I have seen this life. I think I would have to work hard if I had to play the role of a villain. But in this film I play a common man.

Nandita told me she selected me because my face is very ordinary. I said, yes, that is true. I got a lot of help from my background. How did she direct you?

All directors have to be pagal.

But I have seen many other directors, but they just do their work.

Nandita is different. One day before the shoot my bike had to be aged. She stated to scratch it to get the perfect feel of an old bike.

When the costume department bought new clothes, she gave them to someone of my size and took that person’s used clothes.

But then when I saw the film, I understood why Nandita was doing all this.

She is a very good actor so I learned many small acting techniques by talking to her.

She holds you, never letting you overact or underperform.

How did you perform with Shahana, especially since is an established actor?

I feel when your co-actor performs well — and Shahana is a mind-blowing actor — it helps in your performance.

I was telling Nandita that we don’t see Shahana in the film. She becomes Pratima with the sari, her accent, little details. It helped me a lot. 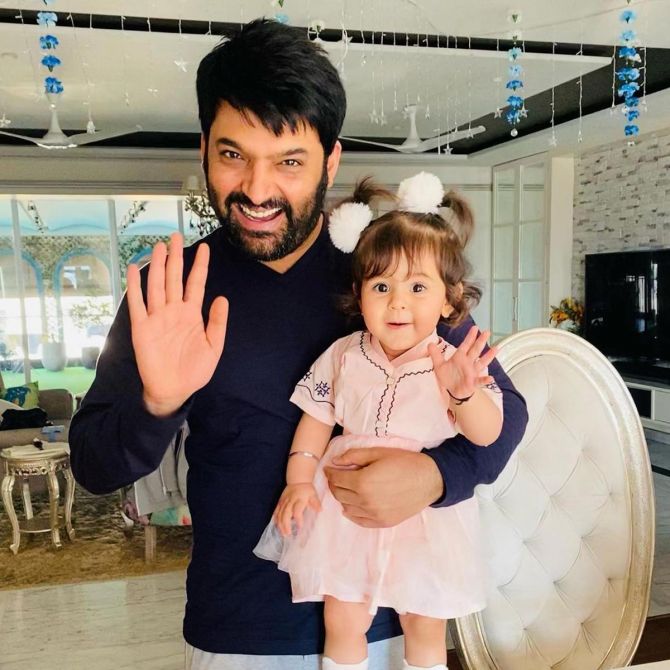 You would wake up in the morning, go the set and become Manas. Would the character stay with you when you returned to your hotel or you could switch to becoming Kapil Sharma?

When we started shooting the film in Bhubaneswar, Nandita set the call time at 6 am.

In Bombay, we don’t sleep before 3 am. First two days I struggled a lot just to follow the shooting schedule.

Also, I would go to the gym in the morning, before heading to the shoot. But I would leave the hotel with the Zwigato t-shirt, the character’s shoes. The shoes would change my pace of walking.

Sometimes we would finish earlier, but then Nandita is lalchi and she would say let’s do another quick shot.

So she never gave me the chance to become Kapil Sharma. I almost always stayed in the character.

When you spend a long time staying in the Manas frame of mind, a food delivery man, does it change you in some way?

Recently, my wife had ordered a cake and delivery guy came to our house.

He was nervous when I walked up to him as if he had done something wrong.

He apologised as the cake had fallen and broken into smaller pieces in the box. He offered to go and get us a new cake.

I told him not to worry since I had to eat it with a spoon. And the taste would not have changed.

Small things like never affected me, until I played this role.

So have you been bitten by the indie film bug?

I really had fun working on this film.

For many years I was doing the same thing and then suddenly I was asked to stay quiet and express my emotions using my eyes. There is a special pleasure in doing this kind of film.

I think if they had offered me this role 10 years ago I would not have been able to play this character.

You grow with your age as a human being and as an actor.