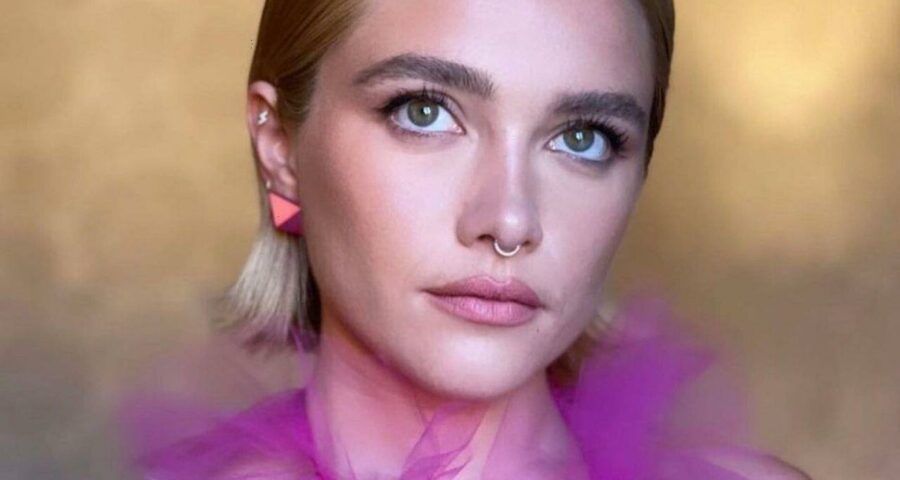 The ‘Don’t Worry Darling’ actress insists she doesn’t understand why the sight of nipples have left people ‘offended’ following backlash after she went braless with her sheer Valentino gown.

AceShowbiz –Florence Pugh is sticking to all her skimpy style choices despite criticisms. While insisting she didn’t want to “offend” anyone, the “Don’t Worry Darling” star was confused as to why people were vitriolic about the sheer Valentino gown she wore to the Italian fashion house’s show this summer.

“I’ve never been scared of what’s underneath the fabric. If I’m happy in it, then I’m gonna wear it. Of course, I don’t want to offend people, but I think my point is, ‘How can my nipples offend you that much?’ ” the 27-year-old actress told American Vogue.

Last July, Florence quipped that “technically” her boobs were “covered” before clapping back at the immense backlash, asserting “not a wink of me was nervous” to sport the hot pink frock “before, during or even now after.”

In a fiery Instagram post, she said, “What’s been interesting to watch and witness is just how easy it is for men to totally destroy a woman’s body, publicly, proudly, for everyone to see. It isn’t the first time and certainly won’t be the last time a woman will hear what’s wrong with her body by a crowd of strangers. What’s worrying is just how vulgar some of you men can be.”

The “Little Women” star mused that she was secure with “intricacies of my body” and was okay with “all of the flaws I couldn’t bear to look at when I was 14.” Florence added, “I’ve lived in my body for a long time. I’m fully aware of my breast size and am not scared of it.”