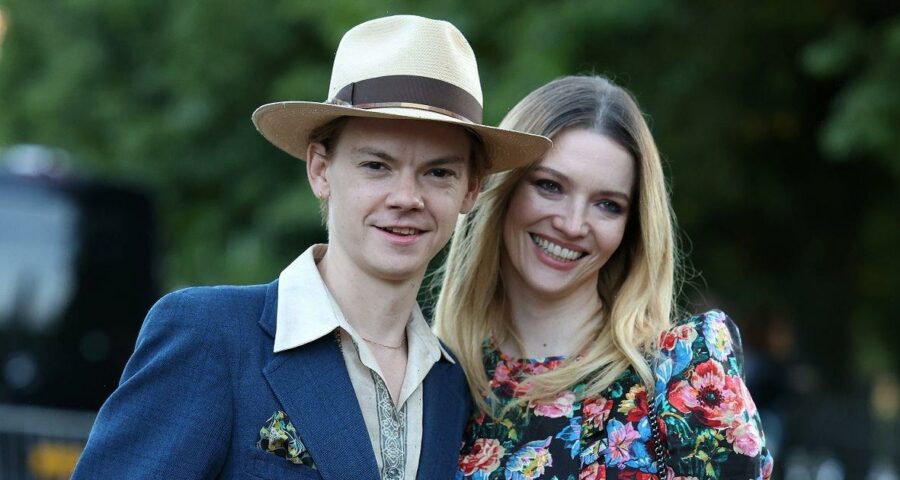 The couple met on the set of Disney Plus' new six-part series on the Sex Pistols, with Talulah, 36, playing fashion designer Vivienne Westwood and Thomas, 32, playing the band’s manager Malcolm McLaren respectively.

They were first spotted in London having lunch together in February and then seemingly went public with their relationship when they attended a pre-Baftas party together in March.

Their latest appearance has seen them attend the Serpentine Gallery Summer Party, an event which encompasses film, experimental music, poetry, spoken word, workshops and performances from June to October.

The exhibition is held at Black Chapel, London, and features a performance from two-time Grammy award-winning singer Corinne Bailey-Rae and an installation from Brian Eno.

Talulah looked elegant in a fitted floral print dress which showed off her slim figure. She also wore a small purse on her shoulder and left her blonde locks loose.

The actress' outfit was complete with a pair of classy black heels.

The actor accessorised by wearing a stylish straw fedora hat, a dark green umbrella around his wrist and a pair of black boots.

Previously, the 32 year old has opened up about his relationship to Talulah, telling the Guardian: "I wasn’t dating her at the time [filming for Disney Plus]."

He added: "Thankfully we’re not too much like Viv and Malc."

Talulah also shared an insight into how their romance began with an interview with The Times.

She explained: "We hadn’t really acknowledged each other as a romantic possibility or potential until the moment that we both did. And it was the same moment a number of months after having worked together and been good friends."

She went onto say she had "absolutely no idea" what changed, but that it was "very strange".

Even though they separated for good in 2016 it is reported that they still enjoy a friendly relationship.