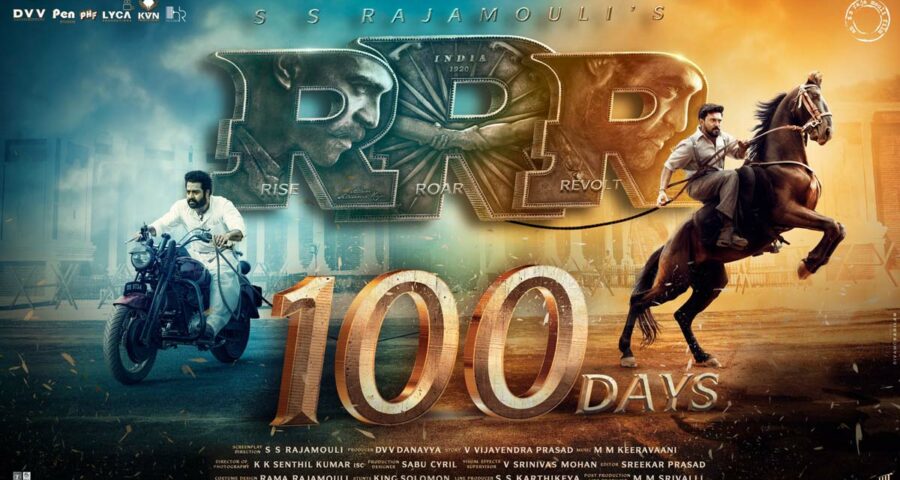 SS Rajamouli’ magnum opus RRR starring mega power Star Ram Charan and Young Tiger Jr  NTR which was released  in the month of March has completed 100 days at the theaters. The movie is still winning the hearts of the movie loves and celebrities. Number of Hollywood celebrities have also showered praises on the movie. RRR achieved the success across the globe. Now according to the latest update, RRR has completed 100 days run at the box office.  Rajamouli’ magnum opus  RRR has earned approx Rs 1150 cr and became the fourth-highest grosser in the country.

RRR has completed 100 glorious days. This news is also confirmed by the team of RRR by sharing a post on Twitter. The tweet read: Its been 100 days since the RRR released and the ROAR is continuously echoing from all the corners of the world. Overwhelmed. THANK YOU! #RRRMovie.”

The makers of RRR thanked everyone for such a remarkable response. Even after its theatrical run,  Jr NTR and Ram Charan starrer is doing wonders on OTT.

The movie lovers are expecting that RRR has a fair chance of getting nominated for the most prestigious Oscars as well. Let’s see if RRR can make it to the Academy Awards and make Tollywood proud again.