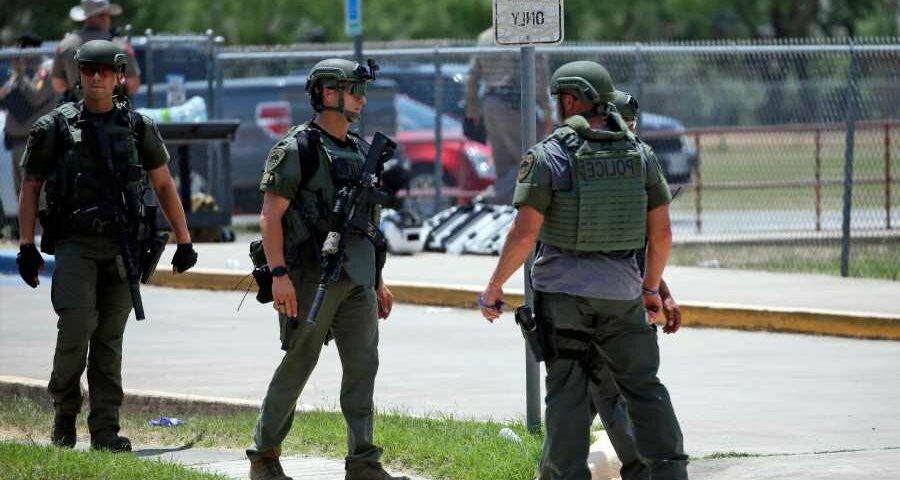 Fourteen students and one teacher were killed in a mass shooting at an elementary school in Uvalde, Texas Tuesday, May 24, KENS 5 in San Antonio reports.

Texas Gov. Greg Abbott confirmed the toll, adding that the shooter had also died and that it is believed that responding officers killed him. Abbott identified the shooter as Salvador Romas, an 18-year-old male who lived in Uvalde. According to Abbott, Romas entered the school with a handgun and possibly a rifle.

Over a dozen others were taken to the hospital with injuries. Uvalde Memorial Hospital issued a statement on social media saying it received 13 children for treatment, while two victims — a 66-year-old woman and a 10-year-old girl — were transferred to a hospital in San Antonio, which is about 80 miles away. Both were reportedly in critical condition.

A representative for the Uvalde Police Department did not immediately return a request for comment.

Uvalde Consolidated Independent School District issued an alert on Twitter of “an active shooter” at Robb Elementary at around 12:15 p.m. local time. “Law enforcement is on site,” the district said, adding a couple hours later that students were being taken to a nearby civic center to be reunited with their parents.

This story is developing…